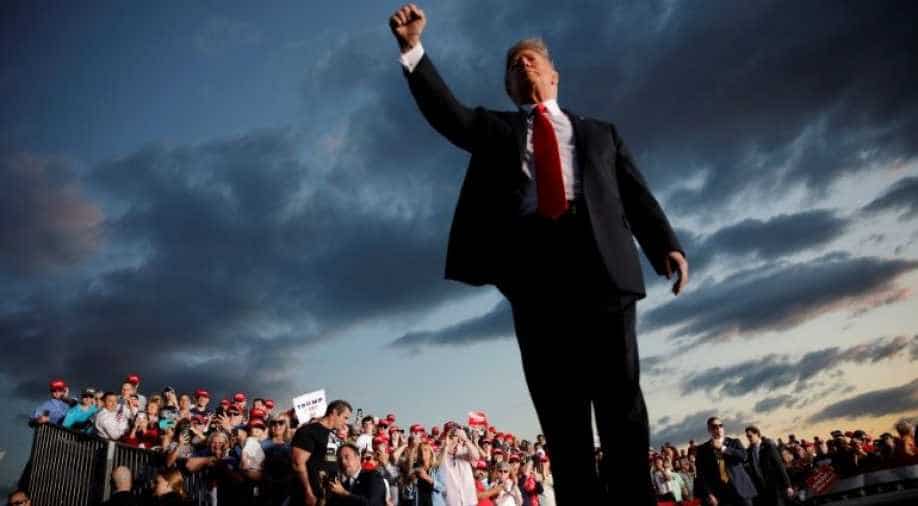 Two former officials who were engaged in the Trump administration's dealings with Ukraine will meet with US congressional committees starting this week.

Two former officials who were engaged in the Trump administration's dealings with Ukraine will meet with US congressional committees starting this week, as the impeachment enquiry into President Donald Trump gains steam.

Congressional staff was also due to attend a briefing at the Capitol on Wednesday by the State Department's inspector general, Steve Linick, according to two sources familiar with the situation.

Staff members from the Senate and House of Representatives Foreign Affairs and Foreign Relations, Intelligence, Oversight and Appropriations committees were invited to the briefing. The session was expected to address Ukraine-related documents that have been subpoenaed by House committees.

Following a whistleblower complaint last week, Democrats are looking into Trump's request to Ukrainian President Volodymyr Zelenskiy during a July 25 phone call to investigate former Vice President Joe Biden, a leading contender in the Democratic race to run against Republican Trump in the 2020 election.

The unidentified whistleblower is said to be an intelligence agent who accused Trump of soliciting foreign interference for his personal political benefit.

Kurt Volker, who resigned last week as Trump's special representative for Ukraine, was to go to Capitol Hill to give a deposition to House staff on Thursday, the day he had been asked to appear.

Marie Yovanovitch, who was US ambassador to Ukraine until she was abruptly recalled in May, has agreed to appear on October 11, not on Wednesday as originally requested.

With their deep knowledge of Ukraine, testimony by Yovanovitch and Volker could be especially important to the impeachment probe formally launched by House Speaker Nancy Pelosi last week.

The enquiry could lead to approval of articles of impeachment - or formal charges - against Trump in the House. That would lead to a trial in the Senate on whether to remove him from office. But the president's fellow Republicans control that chamber and have shown little appetite for removing him.

Yovanovitch was ordered back to Washington two months before the end of her three-year tour in Kiev. The career diplomat, who had served during both Republican and Democratic administrations, had been the subject of attacks in right-leaning media and Democrats had suggested her recall was politically motivated.

Over the past few days, the Democratic chairmen of the House Foreign Affairs, Intelligence and Oversight committees have issued subpoenas to Secretary of State Mike Pompeo and Trump's personal lawyer, Rudy Giuliani, and scheduled depositions with a series of other current and former officials, as well as associates of Giuliani, as they seek to unearth more evidence of potential wrongdoing by Trump.

Trump asked Zelenskiy during the July call to investigate Biden and his son Hunter in coordination with US Attorney General William Barr and Giuliani.

Announcements of more subpoenas and requests for depositions are expected.

The impeachment investigation has cast a pall over Trump's re-election effort.

On Twitter on Tuesday, Trump repeated his assertion that his call with Zelenskiy was "perfect," and attacked Pelosi and Representative Adam Schiff, the House intelligence committee chairman.

"This is just another Fake News Media, together with their partner, the Democrat Party, HOAX!" the president tweeted.

On Tuesday, Pompeo took to Twitter to address the investigation. He posted a letter accusing Representative Eliot Engel, the House Foreign Affairs chairman, of requesting depositions as "an attempt to intimidate, bully and treat improperly" State Department employees.