Trump chooses General Mattis as secretary of defence: US media 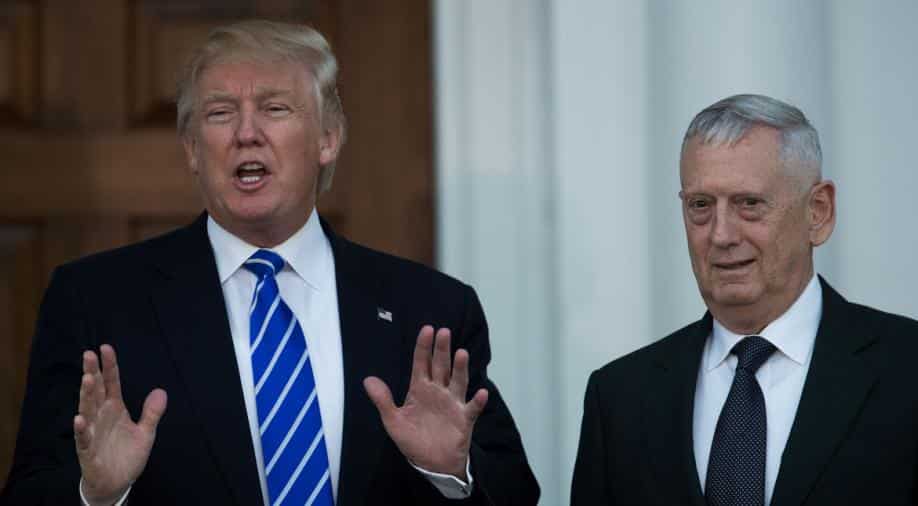 Mattis is known for his tough talk, distrust of Iran and battlefield experience in Iraq and Afghanistan. Photograph:( Getty )

US President-elect Donald Trump will nominate retired General James Mattis to lead the Pentagon, two media outlets reported on Thursday, but a Trump spokesman said no decision had been made.

The Washington Post said Trump had chosen Mattis and that an announcement was likely to be made early next week. CNN also reported that Trump had settled on Mattis. Reuters could not immediately confirm the planned nomination.

Trump spokesman Jason Miller said on Twitter that "no decision has been made yet with regard to Secretary of Defense."

Mattis is a revered figure in the Marine Corps known for his tough talk, distrust of Iran and battlefield experience in Iraq and Afghanistan.

The choice of a seasoned military strategist would be another indication that Trump, a Republican, intends to steer US foreign policy away from Democratic President Barack Obama's increased reliance on US allies to fight Islamist militants and to help deter Russian and Chinese aggression in Europe and Asia.

While the nomination of the 66-year-old Mattis would likely be popular among US forces, many of whom know him by his colourful nickname "Mad Dog," it would have to clear a bureaucratic hurdle.

Because he retired only in 2013, Mattis would need the US Congress to waive a requirement that a defense secretary be a civilian for at least seven years before taking the top job at the Pentagon. His impressive combat record, however, may deter some Senate Democrats from trying to block his nomination.

Trump has described Mattis as "a true general's general."

The New York real estate magnate famously claimed last year that, "I know more about ISIS than the generals do."