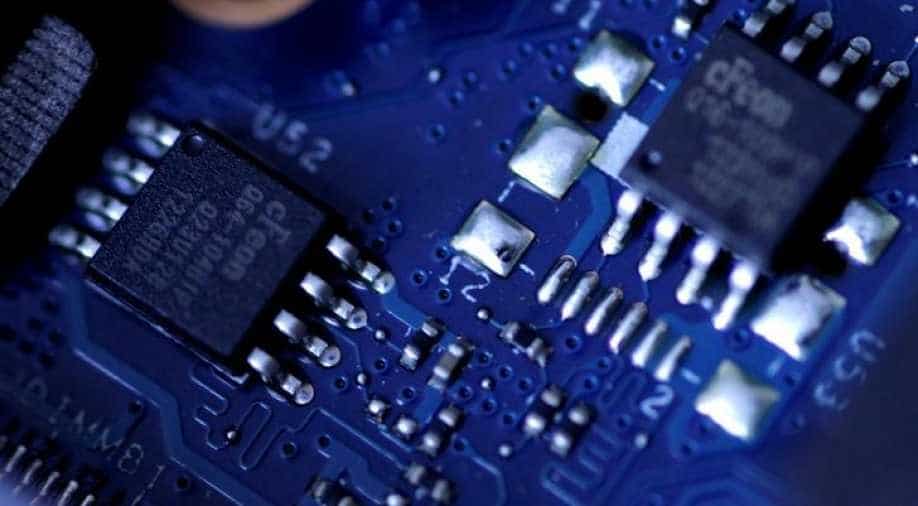 A Pentagon spokeswoman said the Defense Department was working with other agencies to determine whether to make the move against Semiconductor Manufacturing International Corporation, which would force U.S. suppliers to seek a difficult-to-obtain license before shipping to the company.

The Trump administration is considering whether to add China`s top chipmaker SMIC to a trade blacklist, a Defense Department official said, as the United States escalates its crackdown on Chinese companies.

A Pentagon spokeswoman said the Defense Department was working with other agencies to determine whether to make the move against Semiconductor Manufacturing International Corporation, which would force U.S. suppliers to seek a difficult-to-obtain license before shipping to the company.

SMIC said in a statement on Saturday it was "in complete shock" over the news but was open to communication with U.S. government agencies in hopes of resolving any misunderstandings. The Chinese Embassy in Washington did not respond to requests for comment.

Earlier this week, the Pentagon made a proposal to place SMIC on the entity list to the End User Committee, a panel led by the Commerce Department that also includes the State and Energy Departments and makes decisions about entity listings, a person familiar with the matter said. It was not clear whether the other agencies supported the plan.

SMIC is the largest Chinese chip manufacturer but is second-tier to rival Taiwan Semiconductor Manufacturing Co Ltd, the industry`s market leader. It has sought to build out foundries for the manufacture of computer chips that can compete with TSMC.

But it is also facing new restrictions from Commerce that require Huawei`s chip manufacturers to seek U.S. licenses before producing chips for the telecoms giant, if they rely on U.S. chipmaking technology. SMIC is one of Huawei`s manufacturers.

While the Pentagon official did not outline the reasons for the action, SMIC`s relationship to the Chinese military is under scrutiny, another U.S. official and two former officials briefed on the matter said.

In Saturday`s statement, SMIC said it had no ties to the Chinese military.

The administration has increasingly trained its focus on Chinese companies that bolster Beijing`s military. Last month, the United States blacklisted 24 Chinese companies and targeted individuals it said were part of construction and military actions in the South China Sea, its first such sanctions against Beijing over the disputed strategic waterway.

The Defense Department has released two lists of Chinese companies in the past few months that it claims are owned or controlled by the People`s Liberation Army. The designation gives President Donald Trump the authority to place them on an even tougher blacklist but so far no action has been taken.