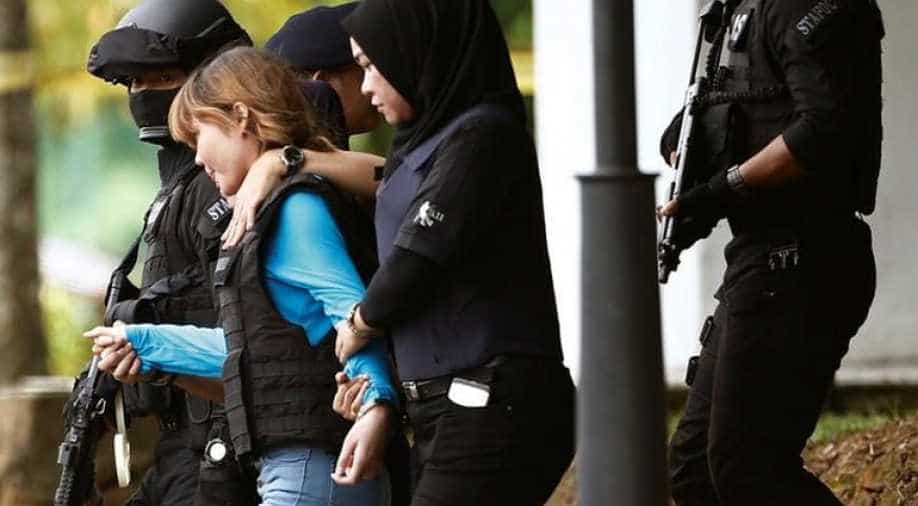 Vietnamese Doan Thi Huong, who is charged for the murder of Kim Jong Nam, is escorted by police as she leaves Sepang court, in Malaysia. Photograph:( Reuters )

The case of two women charged in Malaysia with killing the estranged half-brother of North Korea's leader was transferred to a higher court on Tuesday, as a defence lawyer complained of not getting all of the documents he had requested.

The two women are accused of smearing Kim's face with VX nerve agent, a chemical described by the United Nations as a weapon of mass destruction.

Aishah and Huong have told diplomats from their countries that they were unwitting pawns in what U.S. officials and South Korean intelligence have said was an assassination orchestrated by North Korean leader Kim Jong Un.

Kim Jong Nam, the eldest son of the late North Korean leader Kim Jong Il, had spoken out publicly against his family's dynastic control of the isolated, nuclear-armed nation.

Aishah and Huong were charged on March 1 but the Sepang district magistrate court had twice deferred prosecutors' requests for the case to be moved to a higher court pending collection of documents.

On Tuesday, the district court judge moved the case to the Shah Alam High Court. No date was given for the first High Court hearing but prosecutor Iskandar Ahmad told reporters the court should notify them "within a month".

Aishah and Huong were present for the hearing, their third court appearance, both wearing bullet-proof vests.

Aishah's lawyer, Gooi Soon Seng, told the court the police and prosecution had yet to supply the defence with documents and other evidence needed for the case.

"The concept of a fair trial demands that all material documents should be supplied to the defence at the earliest opportunity," Gooi said.

Gooi said last month he feared a "trial by ambush" and said police had not responded to requests to provide evidence such as CCTV recordings and statements from other suspects.

Three North Korean suspects - including a diplomat - were allowed to go home in March, along with the body of Kim Jong Nam, as part of a swap deal with North Korea, which had banned nine Malaysians from leaving there.

Four other North Koreans have been identified by Malaysia as suspects. Malaysian police have said the four left Kuala Lumpur for Pyongyang on the day of the killing.

North Korea has refused to accept the dead man was leader Kim Jong Un's half-brother, and has suggested the victim died of a heart attack. It has accused Malaysia of working with South Korean and other "hostile forces".