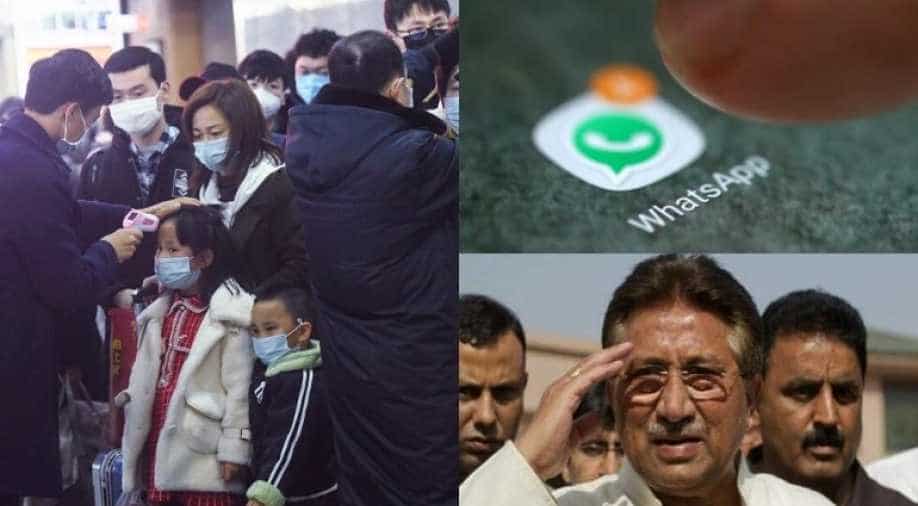 UN officials have been instructed not to use Whatsapp, the app owned by Facebook. “The senior officials at the UN have been instructed not to use WhatsApp, it’s not supported as a secure mechanism,” was the justification given by UN spokesman Farhan Haq. The statement comes amid accusations levelled by Jeff Bezos on Saudi Crown Prince Mohammed bin Salman, as the latter allegedly used a Whatsapp message to hack the Amazon CEO's iPhone.

Meanwhile, in China, the fatal coronavirus death toll rose to 26 on Friday, with the Chinese government locking down millions in their cities in an attempt to control the spread of the deadly SARS-like virus.

Here are the top-10 world news of the day:

China is hurrying to assemble another emergency clinic in just 10 days to treat patients at the focal point of a fatal virus outbreak that has stricken several individuals, state media announced Friday. Read More.

Lead House impeachment manager Adam Schiff called dramatically for the Senate to remove President Donald Trump from office, saying the US leader cannot be trusted to put the country's interests ahead of his own. "The American people deserve a president they can count on, to put their interest first," said Schiff.Read More

A UN spokesman has informed that UN officials not to use Facebook-owned Whatsapp to communicate. UN spokesman Farhan Haq said: “The senior officials at the UN have been instructed not to use WhatsApp, it’s not supported as a secure mechanism.” Read More.

Twitter is being flooded by pro-Saudi posts in defence of Saudi Crown Prince Mohammed bin Salman who has been accused of hacking Amazon founder and CEO Jeff Bezos' iPhone. Riyadh dismissed the accusations on Tuesday and called them absurd. Read More.

Former Pakistan President and ex-army general Pervez Musharaff has forwarded a mercy plea to President Dr Arif Alvi. In the petition sent by Musharaff to the President of Pakistan, he argued that he was unlawfully given the death penalty without being given an opportunity to contest the verdict. Read More.

Thousands of supporters of volatile Iraqi cleric Moqtada Sadr gathered in Baghdad on Friday for a "million-strong" march to demand the ouster of US troops, putting the protest-hit capital on edge. "Get out, get out, occupier!" some shouted, while others chanted, "Yes to sovereignty!"  Read More.

The Environmental Protection Agency (EPA) finalised a move that removes millions of miles of streams and around 50 per cent of America’s wetlands from federal oversight, which will potentially give a free hand to pesticides and other pollutants be dumped without penalty. Read More.

Singapore's interior minister was sued Friday by a Malaysian human rights group in a bid to prevent the city-state from enforcing its law against false information in Malaysia. Read More.

Philippine President Rodrigo Duterte has threatened to end a pact key to annual war games with American troops if the US does not restore the travel visa of an official who oversaw his drug war. Read More.

Swarms of desert locusts are wreaking havoc across the Horn of Africa, having damaged tens of thousands of hectares so far, according to reports from the Food and Agriculture Organization. Read More.