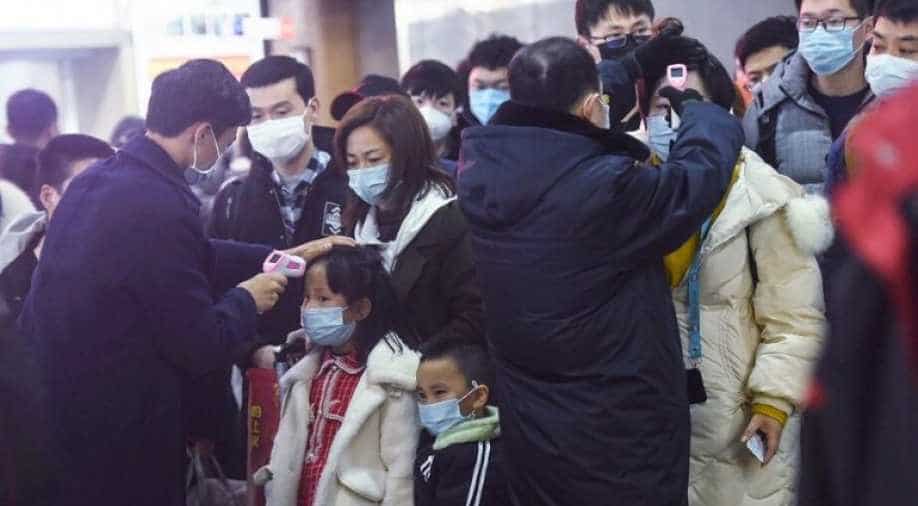 Staff members check body temperatures of the passengers arriving from the train from Wuhan to Hangzhou, at Hangzhou Railway Station ahead of the Chinese Lunar New Year in Zhejiang province, China Photograph:( Reuters )

China is hurrying to assemble another emergency clinic in just 10 days to treat patients at the focal point of a fatal virus outbreak that has stricken several individuals, state media announced Friday.

The premises in Wuhan is relied upon to be being used by February 3 to serve a rising number of patients tainted by a coronavirus that has left at any rate 26 individuals dead and millions on lockdown with an end goal to control the spread.

Many excavators and trucks were taped taking a shot at the site by state telecaster CCTV.

It will have a limit of 1,000 beds spread more than 25,000 square meters, the authority Xinhua news organization said.

The increase in numbers of patients came hours after the World Health Organization declared the outbreak as an emergency but stopped short of calling it an epidemic of international concern.

The National Health Commission also added that out the 830 confirmed cases, 177 were in serious condition.

It said that thirty-four patients have been "cured and discharged".

Health officials fear the transmission rate escalate as hundreds of millions of Chinese travel at home and other countries during holidays for the Lunar New Year, which begins on Saturday.

On Thursday, Wuhan's local government, suspended most transport, including outgoing flights to contain the virus.

There is no vaccine for this virus so far and fever, difficulty in breathing and coughing are some of its symptoms.