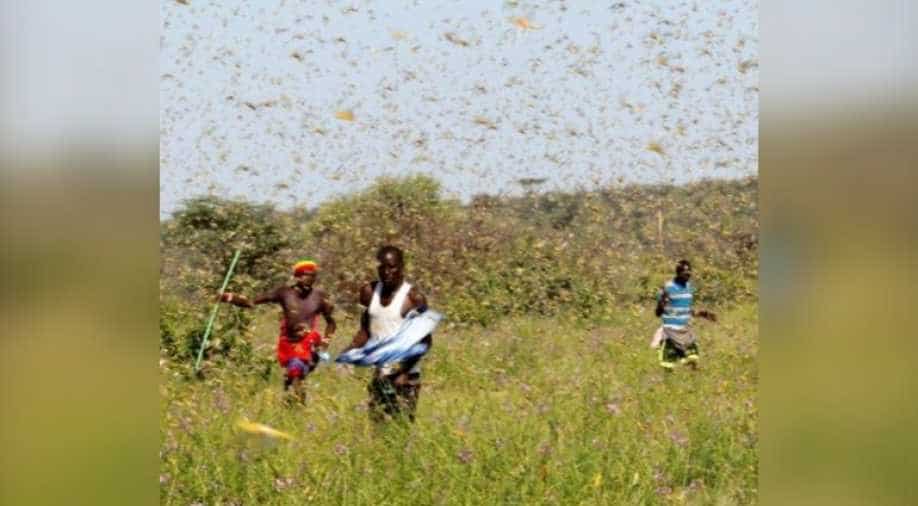 Swarms reported to be spreading into northern and eastern Kenya from Ethiopia and Somalia.

Swarms of desert locusts are wreaking havoc across the Horn of Africa, having damaged tens of thousands of hectares so far, according to reports from the Food and Agriculture Organization. Bukar Tijani,  Assistant Director-General of the FAO called the swarms "vast and unprecedented", adding that “These infestations represent a major threat to food security in Kenya and across the entire Horn of Africa, which is already reeling from floods and droughts.”

According to the FAO, breedings of these insects is a practice continued on both sides of the Red Sea, in places such as Yemen, Saudi Arabia, Eritrea and Sudan. Last week, the swarms were reported to have spread into northern and eastern Kenya from Ethiopia and Somalia. Kenya's former Agricultural Minister stated that the invasion was a major threat to their food production and economy. 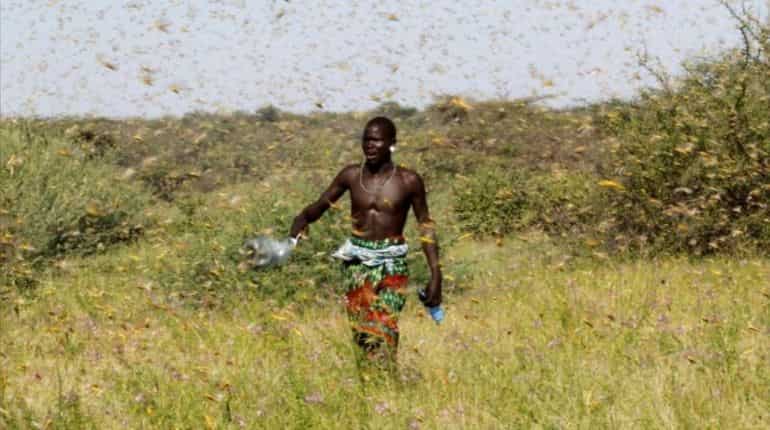 [ A Samburu man attempts to fend-off a swarm of desert locusts flying over a grazing land in Lemasulani village, Samburu (Courtesy: Reuters) ]

Aerial spraying to head off the invasion was initiated by Kenya on January 4, while police officers shot bullets and teargas at the oncoming swarm as shown on Kenyan media. Residents attempted to aid law enforcement by trying to frighten the insects with loud noises such as car horns and banging on buckets.

FAO estimates one swarm in Kenya to be 40 kilometres wide by 60 kilometres long, and a farmers' association in the northern Laikipia area said that it has planned aerial spraying of pesticides to combat it, the worst locust plague since 1954.