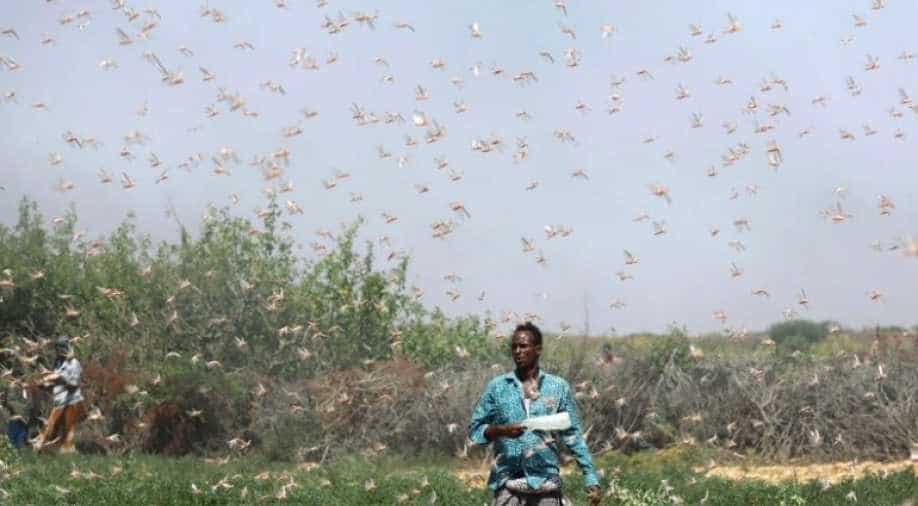 Somalia is facing a locust attack, with the farmers pleading the government and the international community to protect their crops.

Many are unable to feed their families owing to the attack, Reuters reported.

"Locusts already ate our grazing area so we are now fighting to save at least our farm, where we planted watermelon and beans. We aren't able to protect them and we call on the Somali government and international community to help us", said Jamad Mohamed, a farmer in Dhusamareb, the provincial capital of Galgadud, a semi-autonomous region.

"Locusts devoured the whole area and have now reached our farm to eat our plants, as you can see," said Jirow Qorhere, another Somali farmer. "This is the end, we have nothing left to feed our children and we aren’t even able to buy from the market."

According to sources, the insects have destroyed 175,000 acres of farmland in Somalia and neighbouring Ethiopia. This has put their food supplies under threat. The Food and Agriculture Organisation (FAO) called it the worst locust invasion in 70 years.

Rescuers' race against time to save 180 stranded whales in Australia