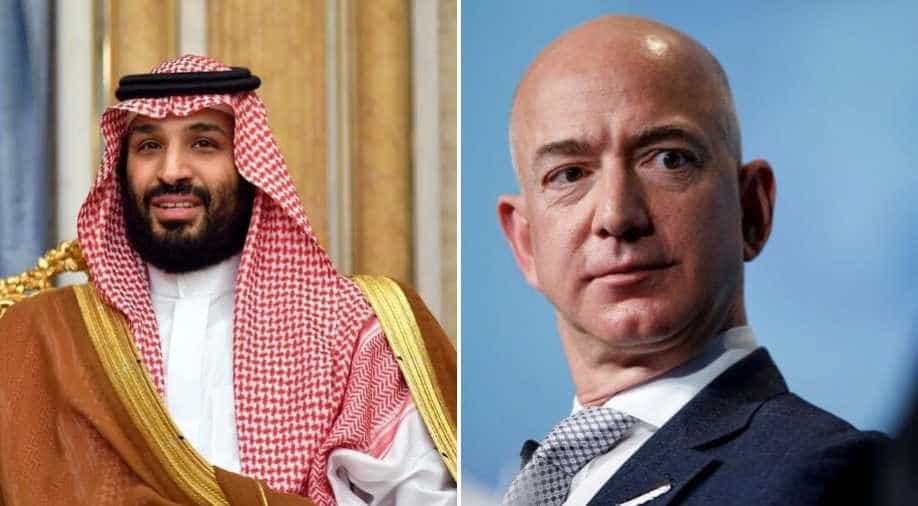 Since Thursday, Twitter has gone abuzz with #BoycottAmazonproducts - a hashtag believed to have started by a pro-government account with over 50,000 followers.

Twitter is being flooded by pro-Saudi posts in defence of Saudi Crown Prince Mohammed bin Salman who has been accused of hacking Amazon founder and CEO Jeff Bezos' iPhone.

Hundreds and thousands of tweets have been shared by Saudi government officials and pro-Saudi media organisations in retaliation to the accusation on the Crown Prince.

Riyadh dismissed the accusations on Tuesday and called them absurd.

Recent media reports that suggest the Kingdom is behind a hacking of Mr. Jeff Bezos' phone are absurd. We call for an investigation on these claims so that we can have all the facts out.

"I think 'absurd' is exactly the right word," Saudi Foreign Minister Prince Faisal bin Farhan Al Saud told Reuters in an interview in Davos. "The idea that the crown prince would hack Jeff Bezos’ phone is absolutely silly," he added

Since Thursday, the microblogging website has gone abuzz with #BoycottAmazonproducts - a hashtag believed to have started by a pro-government account with over 50,000 followers.

Also read: 'Jeff all of what you hear or told... it's not true': Saudi Crown Prince Salman's text to Bezos

On Thursday, disinformation analyst Ben Nimmo said that over 8,000 pro-Saudi tweets called for action to boycott Amazon products - a number that is only expected to have grown manifold by Friday.

"Indeed, here it goes: call from fans of MBS to boycott Amazon products. 8.5k tweets since the morning in Arabic, a handful in English," Nimmo tweeted out yesterday.

Indeed, here it goes: call from fans of MBS to boycott Amazon products.

UN experts have called for an immediate investigation into the allegations on Saudi crown prince being involved in a plot to hack the phone of Amazon boss and Washington Post owner Jeff Bezos.

On Wednesday, UN special rapporteurs Agnes Callamard and David Kaye said they had information pointing to the "possible involvement" of Crown Prince Mohammed bin Salman in the alleged 2018 cyberattack, which preceded alleged threats by the National Enquirer to publish intimate photographs of the billionaire tech tycoon.

Callamard, the special rapporteur for extra-judicial killings, and Kaye, special rapporteur for free expression, said in a statement that they believed the hack was carried out "in an effort to influence, if not silence, The Washington Post’s reporting on Saudi Arabia" and called for an "immediate investigation by US and other relevant authorities," news agency Reuters reported.

As per reports, the call for an investigation is based on a 17-page forensic report drawn up by Washington-based FTI Consulting, reportedly commissioned by the Amazon chief.

The report suggests that Bezos's iPhone X was hijacked by a malicious video file which was sent to him on May 1, 2018, from a WhatsApp account used by the crown prince.

The hacking is said to have taken place before Saudi journalist Jamal Khashoggi's cold-blooded killing in October 2018. Khashoggi was a Washington Post columnist and critic of the crown prince.