'Jeff all of what you hear or told... it's not true': Saudi Crown Prince Salman's text to Bezos 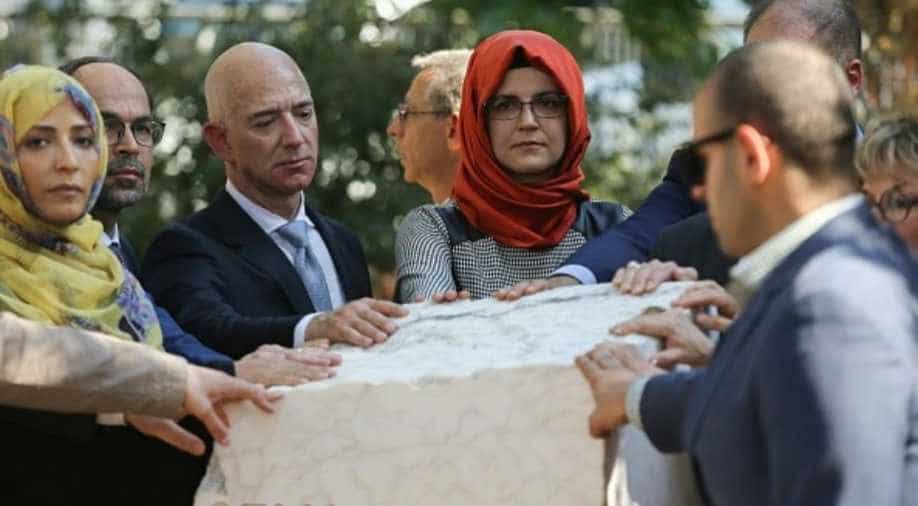 'The alleged hacking of Mr Bezos's phone, and those of others, demands an immediate investigation by the US and other relevant authorities,' Kaye and Callamard said in the statement.

According to the analysis released on Friday by Amazon chief Jeff Bezos's phone was likely infected by spyware hidden in a message from which sent from a WhatsApp account that belongs to Saudi Crown Prince Mohammad Bin Salman.

UN Special Rapporteurs Agnes Callamard and David Kaye said in a statement in Geneva said that the latest findings "suggest the possible involvement of the Crown Prince in surveillance of Mr Bezos, in an effort to influence, if not silence, the Washington Post's reporting on Saudi Arabia."

Amazon chief Bezos is the owner of the Washington Post.

"The alleged hacking of Mr Bezos's phone, and those of others, demands an immediate investigation by the US and other relevant authorities," Kaye and Callamard said in the statement.

Meanwhile, the reports also revealed that the Saudi Prince sent a text message to Bezos in February after exchanging numbers with him at a dinner in Los Angeles during a Mohammed bin Salman's US trip.

"Jeff all of what you hear or told... it's not true," the message said. "You know the truth, there is nothing against you or Amazon from me or Saudi Arabia," news agency AFP reported.

Then after months of no communication, Saudi Prince sent another message to Bezos which contained a large video file which then led to the hacking of his phone.

"We know from a comprehensive examination of the forensic artefacts on Bezos' phone that within hours of the encrypted downloader being received, a massive and unauthorised exfiltration of data from Bezos' phone began, continuing and escalating for months thereafter," the forensic report said.

The analysis also suggested that the hackers may have used a type of spyware used in other Saudi surveillance cases, such as Pegasus-3 malware developed by the Israeli security firm NSO Group.

The latest findings are set to worsen the relations between the world's richest man and the kingdom which had soured following the murder of Saudi journalist Jamal Khashoggi in 2018, who was also a columnist for the Washington Post.

Meanwhile, Bezos on Wednesday posted a cryptic tweet as he shared a picture of a slain journalist with a hashtag Jamal.