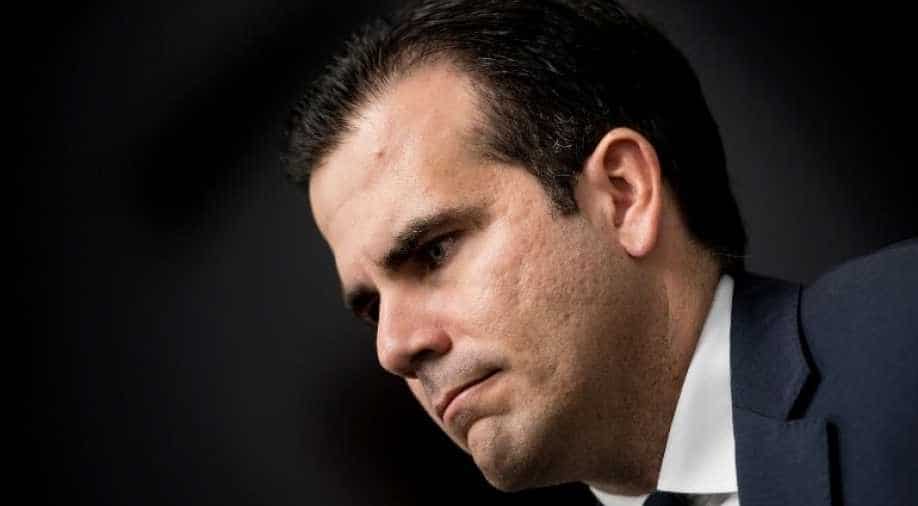 The release of those chats two weeks ago helped trigger huge demonstrations demanding the resignation of Governor Ricardo Rossello, with hundreds of thousands taking to the streets of San Juan.

Authorities in Puerto Rico have issued a search warrant against the US territory's governor and 11 other men who exchanged derogatory chat messages mocking gays, hurricane victims and others, officials said Tuesday the latest twist in a scandal engulfing the island's leadership.

The release of those chats two weeks ago helped trigger huge demonstrations demanding the resignation of Governor Ricardo Rossello, with hundreds of thousands taking to the streets of San Juan.

Carrasco declined to specify if the warrant has been carried out yet or what premises are named in it, only saying the probe is underway.

Hours after the announcement, celebrity musician Rene Perez ("Residente") called for an island-wide strike and another mass demonstration on Thursday.

Perez and other local celebrities, including pop star Ricky Martin and trap musician Benito Martinez ("Bad Bunny"), have been leading the protests.

"We don't believe in the government," Perez said in a video posted on Instagram. "We aren't going to leave, there are more of us, dammit!"

The newspaper El Nuevo Dia reported that the 12 men involved in the chat case have been ordered to surrender their cell phones, quoting the island's justice department.

At least one of these officials or former officials have refused, the paper said.

Rossello is facing a full-blown political crisis over the chat scandal and corruption cases involving money that was supposed to help victims of Hurricane Maria, which devastated Puerto Rico in 2017 and killed nearly 3,000 people.

Hundreds of thousands of people marched in San Juan Monday, demanding that Rossello step down in the largest protest yet that lasted into the night.

Hundreds gathered in front of the governor's residence for a much smaller demonstration, chanting slogans such as "They will not stop us" and holding signs that said, "Ricky resign."

By late Monday, police in riot gear fired tear gas to clear the area after protesters on the other side of a barricade hurled rocks and bottles at officers.

Rossello said Sunday he would not seek re-election next year and would step down as leader of his party, but he refused to resign.

"I have listened, and I am listening to you today," Rossello said in a video posted on Facebook. "I have made mistakes and I have apologized."

But that confession failed to appease demonstrators who have been taking to the streets for more 10 days demanding he resigns.

On Tuesday, he again refused to step down but acknowledged: "The people are speaking and it's up to me to listen."

He added that he would focus on running Puerto Rico and would not answer any more questions on the scandal.

Puerto Rico was in dire straits even before Hurricane Maria, which laid bare the disastrous state of its electrical grid.

An economic crisis prompted the territory to seek protection from creditors under US bankruptcy law.

Budget cuts which, among other actions, forced the closure of schools prompted many Puerto Ricans to flee.

Combined with the post-hurricane exodus, Puerto Rico lost four per cent of its population.