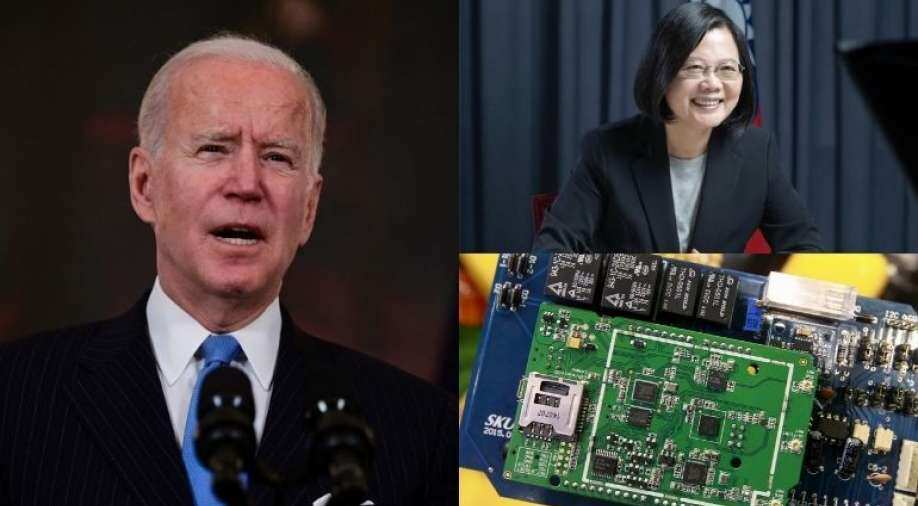 Taiwan's central role in producing chips has shot into focus during the COVID-19 pandemic, with soaring demand for laptops, tablets and other equipment to power the work-from-home trend benefiting firms like Taiwan Semiconductor Manufacturing Co Ltd (TSMC), the world's largest contract chipmaker

The United States on Thursday said that Taiwan is its natural partner when it comes to semiconductors and promoting this cooperation is a priority.

Washington has increasingly viewed tech-powerhouse and democratically ruled Taiwan as a key part of its strategy to shift global supply chains away from China, especially when it comes to technology and chip companies.

Speaking at the groundbreaking ceremony for a new chip fabrication plant for Powerchip Semiconductor Manufacturing Corp in central Taiwan, Brent Christensen, director of the American Institute in Taiwan (AIT), said he was there "to restate the US government's focus on supply chain security".

"Both President Biden and President Tsai have rightly identified the semiconductor industry as a key strategic priority, not only for economic innovation, but also national security," he said, according to a transcript of his comments provided by his office.

Christensen pointed to last year's launch of the US-Taiwan Economic Prosperity Partnership Dialogue as a way the two can "build a coalition to counter the PRC's unfair economic and investment policies", referring to the People's Republic of China.

"The United States and Taiwan are the globe's most natural partners in the semiconductor supply chain with an abundance of companies across the value chain, and it will continue to be an AIT priority to support this cooperation."

Taiwan President Tsai, attending the same event, said she would guarantee that the government will fully support the development of the semiconductor industry, describing it as a "mountain range protecting the country".

Taiwan's central role in producing chips has shot into focus during the COVID-19 pandemic, with soaring demand for laptops, tablets and other equipment to power the work-from-home trend benefiting firms like Taiwan Semiconductor Manufacturing Co Ltd (TSMC), the world's largest contract chipmaker.

Foreign governments and companies have also beseeched Taiwan to help resolve a shortage of auto chips which have idled factories around the world.

US companies are not standing still either, and this week Intel Corp announced a $20 billion plan to expand its advanced chip manufacturing capacity.