Murder at the airport: The brazen attack on Kim Jong Nam 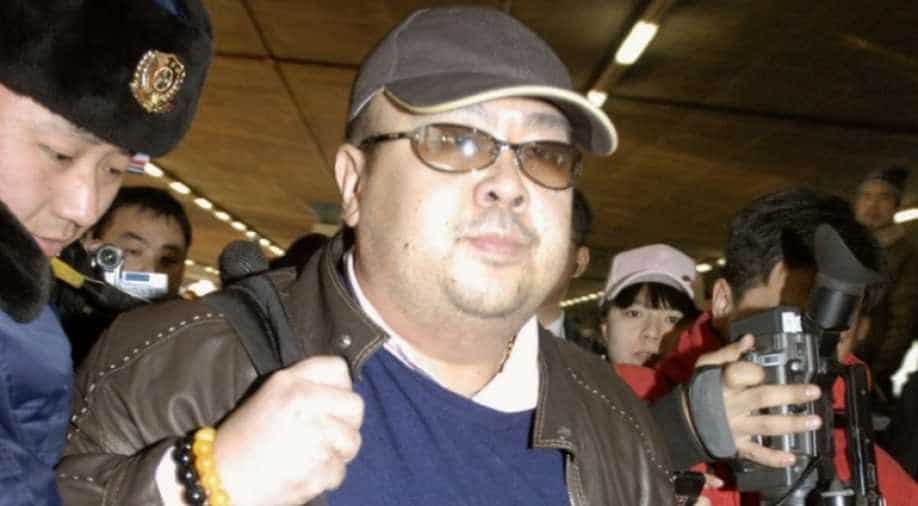 A few steps away from a Starbucks cafe and a Puffy Buffy Malaysian food stall, a woman stood in front of Kim Jong Nam, estranged half-brother of North Korea's leader, to distract him.

Early on a February morning two years ago, a balding man in a grey suit entered Malaysia's Kuala Lumpur airport, glanced up at the departures board and walked to check in for his flight to Macau. Moments later, his killers struck.

A few steps away from a Starbucks cafe and a Puffy Buffy Malaysian food stall, a woman stood in front of Kim Jong Nam, estranged half-brother of North Korea's leader, to distract him.

Her partner approached from behind, pulled from her handbag a cloth drenched in liquid VX, a chemical weapon, reached around his head and clamped it onto his face.

That was enough to deliver deadly poison to the portly 46-year-old relative of North Korean leader Kim Jong Un.

After the attack, he approached a help desk and explained that someone seemed to have grabbed or held his face and now he felt dizzy. He was taken to the Menara Medical Clinic, a small glass-fronted surgery one floor down near the arrivals area.

It was too late. Kim Jong Nam died aged 46 in an ambulance on the way to the hospital.

The assassination has captivated the world due to its audacious nature and lasting geopolitical implications, with South Korean and Western officials accusing North Korea of a state-sponsored hit. Pyongyang denies any involvement.

The brazen murder was caught on grainy CCTV footage that was broadcast around the world, yet many details remain a mystery.

Huong was sentenced to three years and four months in prison but could be released as early as May for good behaviour, her lawyer Hisyam Teh said.

He said Huong was not a criminal but by pleading guilty she had taken responsibility for her actions on Feb. 13, 2017.

Huong's Indonesian accomplice, Siti Aisyah, 26, was freed on March 11 after a Malaysian court dropped charges against her.

Both women say they believed they were playing parts in a TV prank. Huong was wearing a t-shirt emblazoned with "LOL", or "laugh out loud", at the time of the attack.

Their lawyers have maintained that the women were pawns in an assassination orchestrated by North Korean agents.

Four North Koreans who were identified as suspects by Malaysian police and had left the country hours after the murder remain at large.