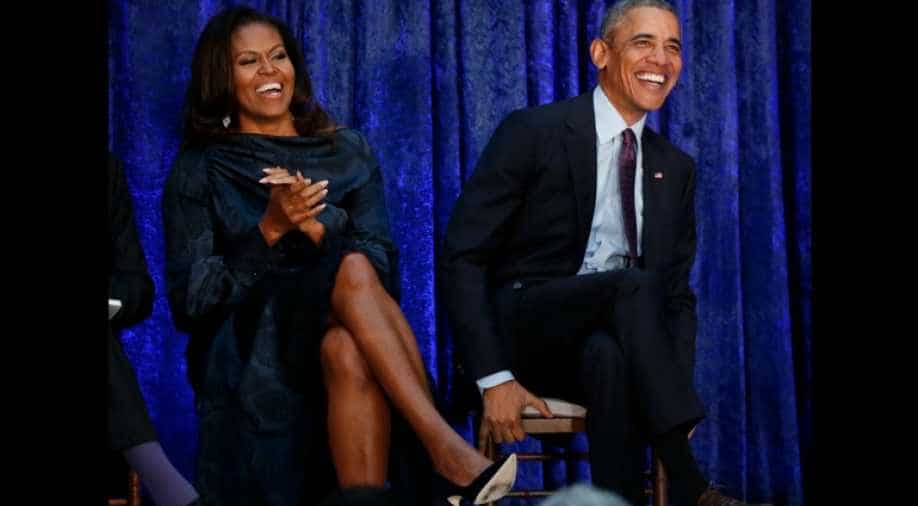 Michelle Obama's forthcoming memoir, "Becoming," is set for worldwide release on November 13, at which time the former first lady will embark on a global tour to promote the book, publisher Penguin Random House said on Sunday.

The volume fulfills half of the deal the company reached with former US President Barack Obama and his wife the month after he left office calling for the couple to each publish one book, reportedly for a sum worth more than $60 million.

Michelle Obama's book will chronicle her life from a childhood growing up on Chicago's South Side through her years inside the White House as a mother of two and the nation's first African-American first lady, the publisher said.

"Writing 'Becoming' has been a deeply personal experience. It has allowed me, for the very first time, the space to honestly reflect on the unexpected trajectory of my life," the former first lady said in a statement.

"Becoming" is to be published simultaneously in 24 languages around the world and will be released in the United States and Canada through the publisher's Crown Publisher Group, according to Penguin Random House.

Michelle Obama, a graduate of Princeton University and Harvard Law School, will also read for the audio edition of the book, the publisher said. Details of a planned international book tour are to be announced at a later date.

The same company also published Barack Obama's three previous books -- "Dreams of My Father," "The Audacity of Hope" and "Of Thee I Sing: A Letter to My Daughters." His wife's only previous book was a 2012 work on gardening, titled "American Grown," which focused on her initiative to promote organic food and healthy eating.

The 44th US president has yet to schedule his memoir under his latest Penguin Random House deal, a book that would presumably cover his time in the Oval Office.

The publisher has previously said that the Obamas, in keeping with their past practice, planned to donate a significant portion of their proceeds to charity, including the Obama Foundation.

Memoirs by former first ladies usually have sold well, according to the Washington Post, with notable works including Laura Bush's "Spoken from the Heart" and Hillary Clinton's "Living History."