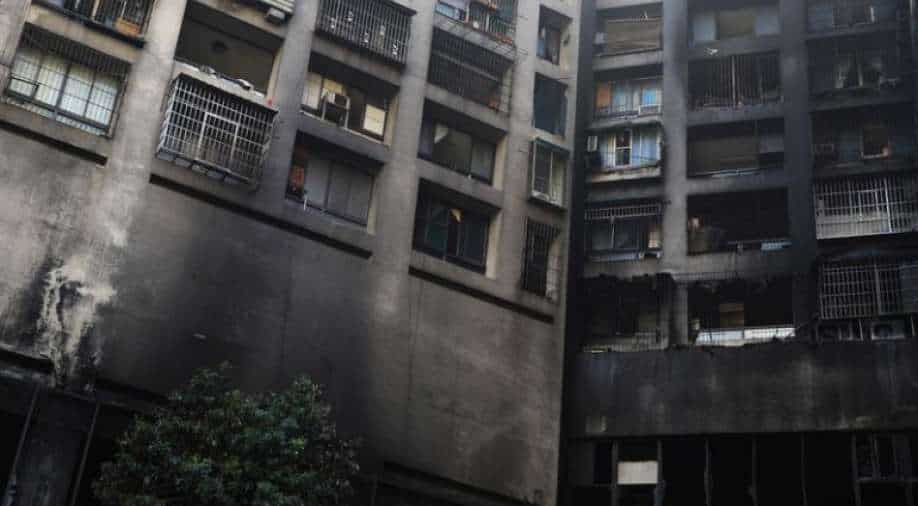 Damaged residential building after a fire is pictured in Kaohsiung Photograph:( Reuters )

The government should have already taken the building down, they kept saying they were going to demolish it, but in the end they didn't do it, 70-year-old Lin Chieh-ying, who lives opposite the building, said

The mayor of a Taiwanese city launched a task force on Friday to look into whether negligence played a part in a fire at a residential building that killed 46 people.

The fire in the 40-year-old housing block in Kaohsiung on Thursday was the island's deadliest blaze in more than two decades and has reignited concerns about fire safety in older buildings across Taiwan.

"We will ask the task force to investigate whether there's negligence in administrative management (practices)," Mayor Chen Chi-mai told reporters. "I deeply reflect on myself, and I will not evade my responsibility."

The 13-storey building, which previously hosted restaurants, karaoke lounges, shops and a cinema, was called a "ghost town" by local residents as it was partly abandoned.

However, the high-density building was still home to scores of people, including older adults with mobility issues and low-income families. Some 41 people were injured in the blaze.

"The government should have already taken the building down. They kept saying they were going to demolish it, but in the end they didn't do it," 70-year-old Lin Chieh-ying, who lives opposite the building, told Reuters.

Authorities have been offering incentives for urban renewal projects across Taiwan, aiming to replace older buildings that have raised concerns about safety from fires and earthquakes.

"It was unbelievable. The whole ground floor was burning, and upstairs as well," Lin said of Thursday's fire.

"However they tried, the water just couldn't reach upstairs."

The government is investigating the cause, including whether arson was to blame.

The blaze was the most deadly on the island since sixty-four people were killed in a restaurant fire in the central city of Taichung in 1995.