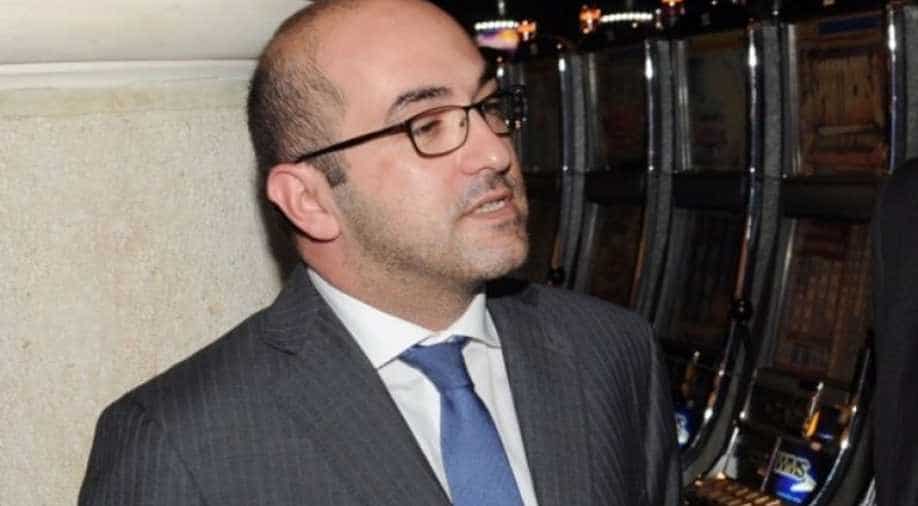 Judicial authorities have not yet confirmed Fenech's arrest. Under Maltese law, the police would have 48 hours to interrogate and charge a suspect or release them

Malta police arrested one of the country's most prominent businessmen on Wednesday in connection with an investigation into the murder of journalist Daphne Caruana Galizia, two sources said.

Yorgen Fenech was detained after police intercepted his yacht as he tried to leave the Mediterranean island before dawn, sources with knowledge of the matter said.

His arrest came the day after the government said it would offer a pardon to a suspected middleman in the murder of Caruana Galizia if he provided legally binding evidence of who was behind the killing.

The sources did not say if Fenech had been charged.

Fenech's lawyer was contacted for comment but has so far issued no statement.

Judicial authorities have not yet confirmed Fenech's arrest. Under Maltese law, the police would have 48 hours to interrogate and charge a suspect or release them.

Caruana Galizia, an eminent anti-corruption journalist, was killed by a car bomb near the Maltese capital Valletta in October 2017 - a murder that shocked Europe and raised questions about the rule of law on the small island.

Three men suspected of being the killers were arrested in December 2017, but the authorities have so far failed to determine who commissioned the murder.

In a potentially major step forward in the probe, a man arrested last week as part of a separate investigation asked to see police dealing with the Caruana Galizia case and offered to provide the name of the mastermind in return for a pardon.

Fenech is a director and co-owner of a business group that won a large energy concession in 2013 from the Maltese state to build a gas power station on the island.

His luxury yacht Gio left the Portomaso marina, five miles (8 km) north of Valletta, shortly after 5.00 a.m. (0400 GMT). However, the boat was under surveillance and police swiftly stopped it and forced it to return to port, the sources said.

In February 2017, eight months before she died, Caruana Galizia wrote in her blog about a mystery company in Dubai called 17 Black Limited, alleging it was connected to Maltese politicians.

She did not publish any evidence of this and was unable to discover who owned the company. A Reuters investigation https://tinyurl.com/y8coeu3x later identified Fenech as the owner.

According to a December 2015 email, uncovered by Maltese financial regulators, secret Panama companies owned by then Energy Minister Konrad Mizzi and Keith Schembri, Prime Minister Joseph Muscat's chief of staff, stood to receive payments of up to $2 million from 17 Black for unspecified services.

The email made no reference to the gas power station and there is no evidence any money was deposited with them.

Schembri and Mizzi both told Reuters last October they had no knowledge of any connection between 17 Black and Fenech, or of any plan to receive payments connected to Fenech or the energy project. Fenech denied making any plans to pay any politician or any person or entity connected to them.

The government did not make any immediate comment about Fenech's status.