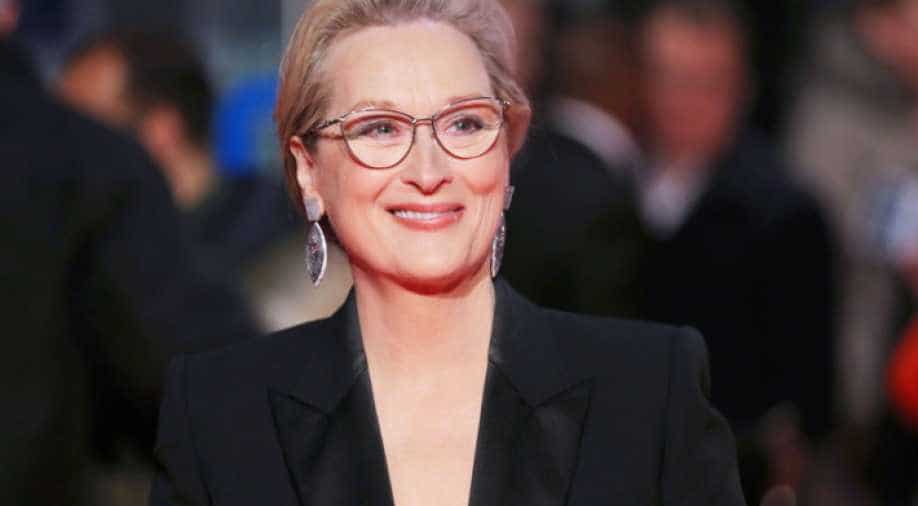 The American actress plays a cheated widow out to right financial chicanery in "Laundromat", a deft satire on the maze of shell companies that criminals and the super-rich use to hide their billions.

The world's richest people are playing a "black-hearted joke on all of us" Hollywood star Meryl Streep said Sunday as a new movie based on the Panama Papers scandal was premiered.

The American actress plays a cheated widow out to right financial chicanery in "Laundromat", a deft satire on the maze of shell companies that criminals and the super-rich use to hide their billions.

"This movie is fun and it's funny, but it's really important," Streep told reporters at the Venice film festival.

It sent shock waves across the world when the off-shore dealings of leaders in a string of countries were exposed, leading to the resignation of the Icelandic prime minister Sigmundur Davio Gunnlaugsson.

But rather than casting the firm's partners as shady baddies, Soderbergh lets the pair -- played by British actor Gary Oldman and Spanish star Antonio Banderas -- dig their own graves by telling it from their point of view.

"This is a funny way to tell a black-hearted joke, a joke that's been played on all of us," Streep told reporters in Venice.

"But it's a crime not without victims, and many of them are journalists. The reason the Panama Papers were exported out to the world was the work of journalists.

"People died because of this," Streep said, referring to the Maltese columnist Daphne Anne Caruana Galizia, who was killed in a bomb attack in 2017 after taking part in the Panama Papers investigation.

Soderbergh, the maker of classics such as "Sex, Lies and Videotape", "Traffic", "Erin Brockovich" and the "Ocean's" trilogy, said he hoped the Netflix film would increase pressure for real change.

"Along with climate change, this kind of corruption is the defining issue of this moment. In 2000 the top 1 percent controlled a third of the world's wealth. They now control half.

"That does not seem sustainable and yet here we are. Transparency is the only solution," he added.

In the film Soderbergh admits that five companies he has been involved with have been registered in the low-tax US state of Delaware, where more than quarter of a million shell companies are registered to a single address.

US and UK big offenders

The director hailed the new Unexplained Wealth Order in Britain which targets "people with extreme wealth which seems to have come from nowhere".

However, Gerard Ryle, head of the International Consortium of Investigative Journalists (ICIJ), which led the year-long secret inquiry by a global network of 400 journalists into the Panama Papers cache, said the US and Britain were now among the two worst offshore offenders, "crusading against it internationally but sweeping up the benefits themselves".

While he welcomed the spotlight being turned back on the issue, Ryle told AFP that it "was a pity" it had somewhat overlooked the patient and dangerous work done by investigative reporters.

Jake Bernstein, who wrote "Secrecy World", an account of the ICIJ investigation on which the film is based, said America is now "one of the biggest tax havens in the world, and there is a lot of vested interests in keeping the system exactly how it is.

"Delaware is a factory for anonymous shell companies, and making a billion dollars a year from that business. That is something they fight zealously to protect. Transnational gangs and all kinds of malefactors are using Delaware companies around the world to do terrible things."