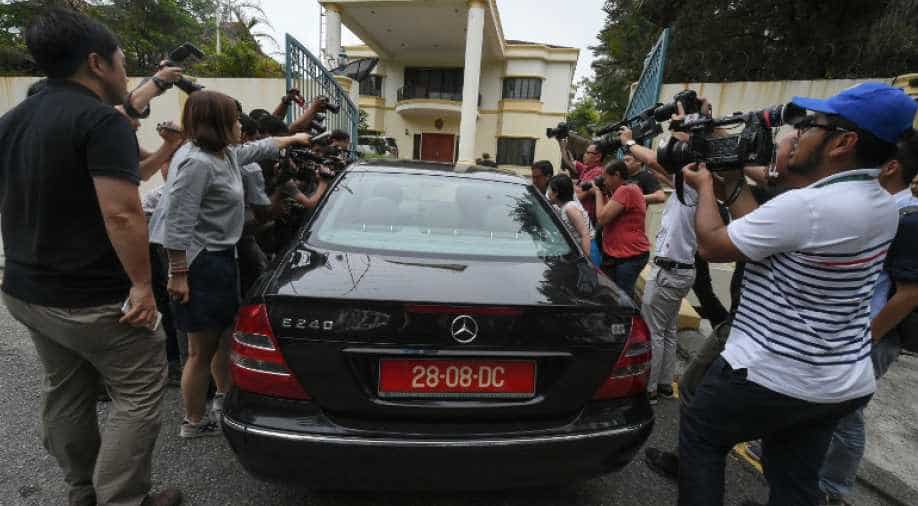 The only North Korean arrested over the dramatic airport assassination of Kim Jong-Nam is to be freed, Malaysia's attorney general said Thursday.

The announcement came the day after two young women appeared in court charged with murdering the estranged half-brother of North Korean leader Kim Jong-Un with a banned nerve agent.

It also came hours after Kuala Lumpur said it was abruptly ending a visa waiver programme that allows nationals of the isolated state to come and go freely.

"He is a free man. His remand expires and there is insufficient evidence to charge him," Apandi said.

Seven other North Koreans are wanted in connection with the killing, including a diplomat and an airline employee who are believed to be in Malaysia.

Four others are thought to have fled to Pyongyang on the day of the murder.

Ri was arrested days after Kim suffered an agonising death after being attacked at Kuala Lumpur International Airport as he waited to board a flight to Macau.

CCTV footage shows two women approaching the heavyset 45-year old and appearing to thrust a cloth in his face.
Police say he suffered a seizure and died less than 20 minutes later, without reaching hospital.

Swabs of the dead man's face revealed traces of the VX nerve agent, a synthetic chemical so deadly that it is classed as a weapon of mass destruction.

South Korea has consistently pointed the finger of blame at North Korea for the assassination, citing what they say was a standing order from Kim Jong-Un to kill his half-brother, who lived in exile.

Pyongyang, which has never acknowledged Kim's identity, has denied the charge and disputes the autopsy, claiming Malaysia is in cahoots with its enemies.

The two countries, which had enjoyed relatively warm relations, have been at diplomatic daggers drawn since the killing.
On Thursday Kuala Lumpur, which had earlier recalled its ambassador, said it was cancelling its visa-free travel deal with Pyongyang.

The cancellation will take effect on March 6, after which North Koreans entering Malaysia will be required to obtain a visa, the report added.

Two female suspects in the attack, Indonesian Siti Aisyah, 25, and Doan Thi Huong, 28, from Vietnam, were charged with murder on Wednesday.

The women, who were brought to court surrounded by heavily armed police and security officers, could face the death penalty if convicted of murder.

Both female suspects say they thought they were taking part in a prank video but police have dismissed the claims.