Kosovo votes in election that could complicate dialogue with Serbia 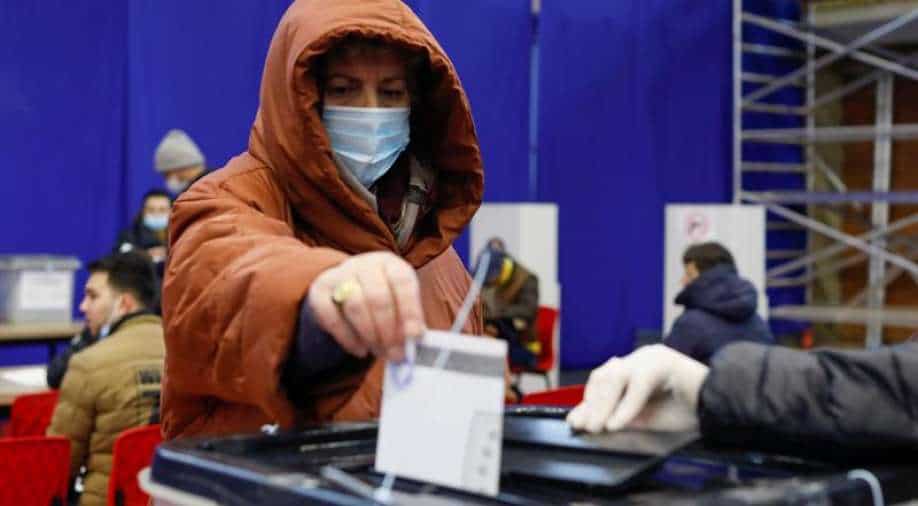 The state election commission said turnout by 11 a.m. (1000 GMT) was 8.3%, one percentage point lower than in the last election in 2019, mainly due to freezing temperatures.

Kosovars began voting on Sunday in a parliamentary election that an anti-establishment party is expected to win, further complicating Western efforts to resolve the country`s decades-long territorial dispute with Serbia.

Opinion polls suggest the Vetevendosje party will win 45% to 55% of the vote among ethnic Albanians, who make up 90% of Kosovo`s 1.9 million population. While that would be nearly double its result in a 2019 election, the party may still need a partner to govern.

Vetevendosje leader Albin Kurti, who served as prime minister for five months last year, has won support on pledges to fight widespread corruption and on a stance that there should be no compromise in a dialogue with Serbia, which lost control over Kosovo in 1999 after NATO bombed its forces.

"Kosovo as an independent state, this Sunday, is returning to its people as the source of sovereignty," Kurti told reporters after casting his ballot. "We should vote with love for the country"

The state election commission said turnout by 11 a.m. (1000 GMT) was 8.3%, one percentage point lower than in the last election in 2019, mainly due to freezing temperatures.

If Vetevendosje does not secure a majority of 61 seats it may have to join forces with either the now-ruling Democratic League of Kosovo (LDK), or the opposition Democratic Party of Kosovo (PDK) or Alliance for the Future of Kosovo (AAK).

"There are a lot of challenges ahead of us, we have the issue with Serbia, the pandemic situation and strengthening the state," Ramush Haradinaj, whose AAK is seen as a potential kingmaker, said after casting his ballot.

Serbia, backed by Russia, does not recognise Kosovo`s independence, citing the need to protect the rights of its Serb minority. Negotiators from the European Union and the United States have failed to secure a compromise to allow

Kosovo to join international bodies such as the United Nations and NATO.

With one third of its workforce unemployed and a gross domestic product per capita of $4,300, Kosovo remains the poorest country in the Western Balkan region.
"People want jobs, we want to get rid of corruption," said Luljeta Emini after she cast her ballot in Pristina.
Polling stations will close at 7 p.m. (1800 GMT), and the first official results are expected a few hours later.