Kosovo President Thaci resigns after being indicted over war crimes 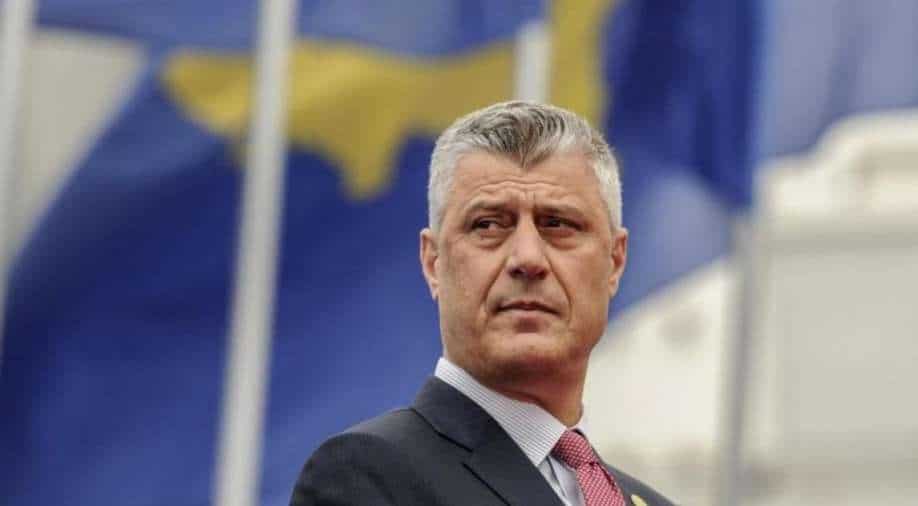 Kosovo President Hashim Thaci resigned with immediate effect on Thursday after learning that the Kosovo war crimes tribunal had confirmed his indictment for war crimes.

It comes as a dramatic downfall for a politician who has dominated the former Serbian province for over a decade.

The 52-year-old said he would step down to appear before the court after it confirmed an indictment against him dating back to the 1990s conflict with Serbia, when Thaci was political chief of Kosovo's rebel army.

He has long insisted on his innocence in a war that most people in Kosovo, which is home mainly to ethnic Albanians, consider a "just" struggle for their independence from Serbian oppression.

"These are not easy moments for me and my family, and for those who have supported and believed in me in the past three decades of our struggle for freedom, independence and nation-building," Thaci added.

In June, prosecutors accused him of ten counts of crimes including charges of murder, enforced disappearance of persons, persecution, and torture.

Thaci did not say which specific charges had been confirmed, while the prosecutors declined to comment.

Set up with EU-backing in 2015, the Kosovo Specialist Chambers (KSC) operates under Kosovo law but is based in The Hague to protect witnesses from intimidation in a society where many former rebel commanders still dominate politics.