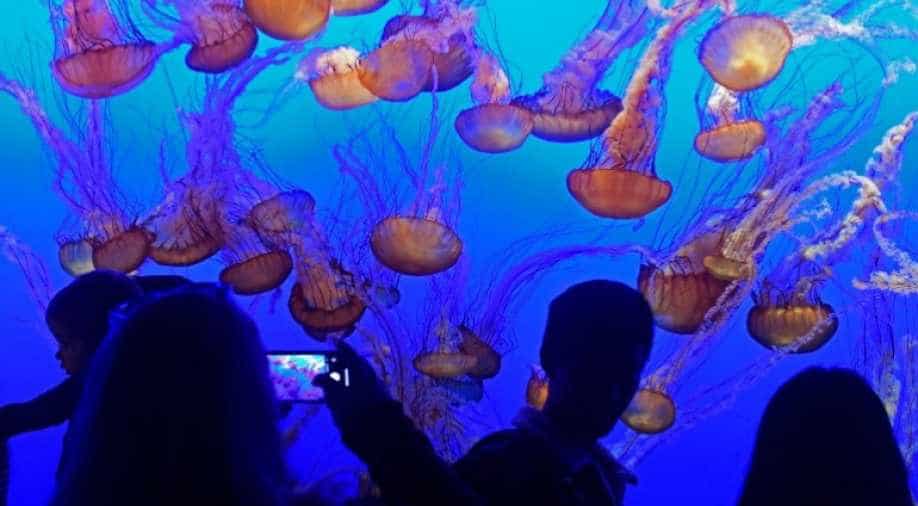 The massive influx of Portuguese man o' war jellyfish, whose stings are notoriously painful, has been described as an 'invasion' by local media in the state of Queensland.

The massive influx of Portuguese man o' war jellyfish, whose stings are notoriously painful, has been described as an "invasion" by local media in the state of Queensland.

At least four major beaches remained closed as the organisation warned that even more jellyfish were on their way.

"A wall of bluebottles is approaching #Rainbow beach. Lifesavers are closing the beach. Please stay out of the water," read one of several warnings from Surf Life Saving.

Bluebottle stings are a frequent occurrence and it is not uncommon to hear howls of pain from changing rooms along Australia's eastern beaches during the southern hemisphere's summer.

But the sheer number of people stung in the last few days has surprised authorities.

There are usually around 10,000 cases of bluebottle stings each year on the east coast of Australia, according to the Royal Australian College of General Practitioners.

The extraordinary number of stings in the last few days has occurred as strong onshore winds have come in from the north-east, bringing the creatures into contact with swimmers.

The doctors' group describes the symptoms of a sting as an "immediate sharp pain and acute inflammatory skin reaction".

"The intense skin pain can last from minutes to many hours... The sting can also cause systemic signs such as nausea, vomiting and general feeling of malaise."

It is less straightforward to treat stings from the fearsome Irukandji variety of jellyfish, however.

Stings from these box jellyfish — which can be smaller than a fingernail — can cause acute muscular pain, violent vomiting, feelings of "impending doom", hair that stands on end, strokes, heart failure and death within minutes.

State-backed broadcaster ABC reported that the number of people taken to hospital with Irukandji stings in Queensland this season is already 20, double the normal yearly average.