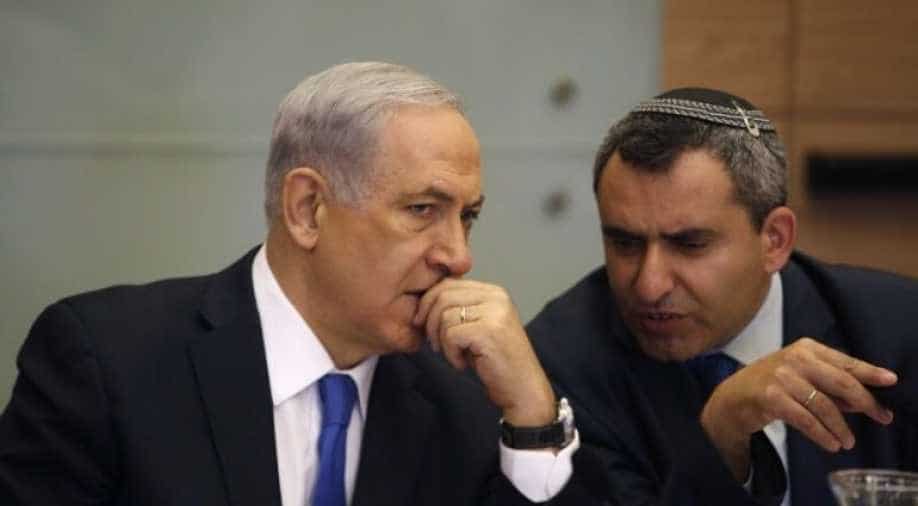 Palestinian leaders, the United Nations, European powers and Arab countries have all denounced any annexation of land that Israeli forces captured in a 1967 war

An Israeli minister played down on Tuesday the likelihood of major moves to annex Jewish settlements in the occupied West Bank on July 1, the planned starting point for cabinet debate on the issue.

Zeev Elkin, a member of Prime Minister Benjamin Netanyahu's Likud party, said Israel still did not have the green light it seeks from Washington to begin extending its sovereignty to parts of the West Bank, territory Palestinians seek for a state.

Palestinian leaders, the United Nations, European powers and Arab countries have all denounced any annexation of land that Israeli forces captured in a 1967 war.

"Whoever painted a picture of everything happening in one day on July 1, did so at their own risk," Elkin, minister of higher education, told Army Radio when asked what would happen on Wednesday. "From tomorrow, the clock will start ticking."

No cabinet session for Wednesday has been announced.

US officials are in Israel as part of the White House's efforts to win consensus within its government for annexation as envisioned in an Israeli-Palestinian peace plan announced by President Donald Trump in January.

The proposal calls for Israeli sovereignty over about 30% of the West Bank - land on which Israel has built settlements for decades - as well as the creation of a Palestinian state under strict conditions.

Palestinians say the blueprint would make statehood, in the West Bank, Gaza and East Jerusalem, unviable, and most world powers view Israel's settlements on occupied land as illegal. Netanyahu says the Jewish people have a legal, historic and moral claim to the West Bank, the biblical Judea and Samaria.

Netanyahu and his main coalition government partner, Defence Minister Benny Gantz, are at odds over annexation, which the right-wing prime minister has promoted.

In an interview with the YNet news site on Tuesday, Gantz repeated his call for Israel to try to enlist Palestinian and international support for the Trump plan before proceeding with a unilateral annexation move.