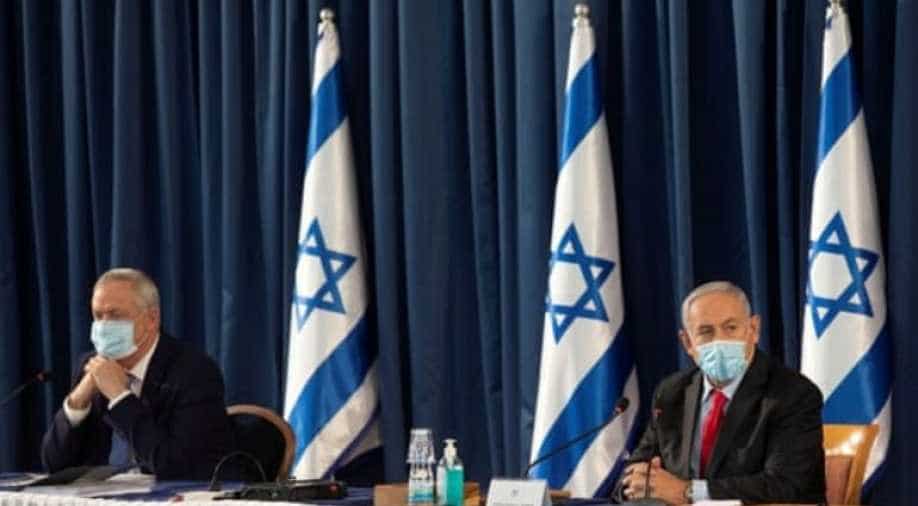 The comments by Prime Minister Benjamin Netanyahu and his defense minister, Benny Gantz, exposed a growing rift just weeks after their coalition government was sworn into office.

Plans by Israel’s prime minister, Benjamin Netanyahu, to begin annexing parts of the occupied Palestinian territories from as early as Wednesday appeared in disarray as the country’s alternate prime minister, Benny Gantz, suggested annexation would have to wait while the country dealt with its coronavirus crisis.

The comments by Prime Minister Benjamin Netanyahu and his defense minister, Benny Gantz, exposed a growing rift just weeks after their coalition government was sworn into office. It also raised questions about the viability of Netanyahu’s annexation plan.

Netanyahu has said he wants to begin annexing occupied land as soon as this week in line with President Donald Trump’s Mideast plan. Trump’s envoy, Avi Berkowitz, is in Jerusalem this week working with Israeli officials on the contours of which land Israel can annex.

But in a meeting with his Blue and White party, Gantz said his top priority is helping the country cope with the health and economic crisis stemming from the coronavirus.

“Anything unrelated to the battle against the coronavirus will wait,” he said.

Netanyahu appeared to dismiss Gantz’s concerns Monday, telling Likud members that he was working “discretely” with the Americans. “The issue does not depend on Blue and White,” he said.

On Sunday, Netanyahu had asked evangelical supporters to lobby in favor of Israeli annexation of parts of the West Bank as he expects evangelical leaders to put pressure on the White House to give Israel the green light.

Netanyahu has said he intends to extend Israeli sovereignty to Jewish settlements and the Jordan Valley, as envisaged by a blueprint announced by US President Donald Trump in January under which Israel would control of 30 per cent of the West Bank.

International opposition has mounted in the past few weeks, with Palestinian leaders, the United Nations, European powers, and Arab countries allied with Israel all denouncing any annexation of land that Israeli forces captured in a 1967 war.