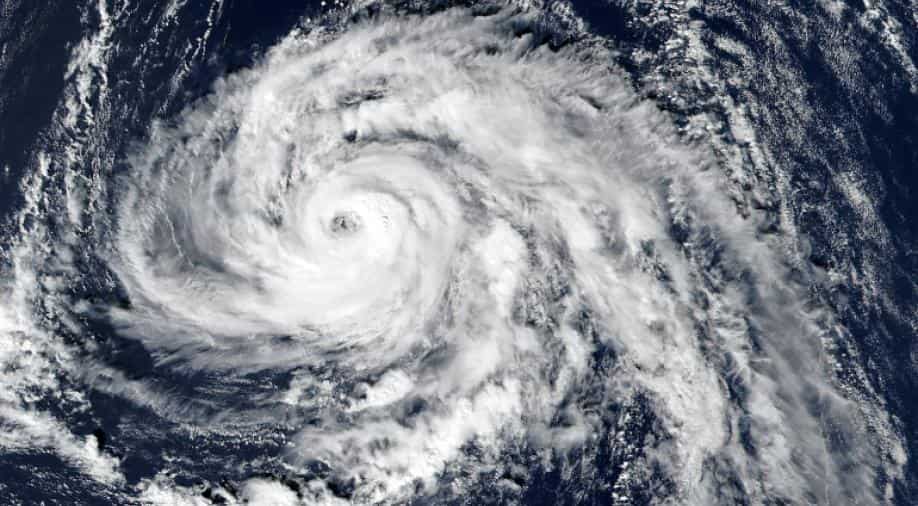 Schools were closed Monday as Ireland braced for an "unprecedented storm", with authorities warning that violent winds, rain and storm surges could pose a risk to life.

Ophelia, the largest hurricane ever recorded so far east in the Atlantic Ocean, was downgraded to a storm before it hit the Irish coast but the Met Eireann national weather service warned people to remain indoors.

"Ex-hurricane Ophelia is forecast to track directly over Ireland during daytime today. Violent and destructive gusts are forecast with all areas at risk," the service said early Monday.

It warned of "heavy rain and storm surges along some coasts will result in flooding. There is a potential risk to lives".

The education ministry said "all schools, colleges and other educational institutions" would be closed on Monday, after official advice on what it called an "unprecedented storm".

Prime Minister Leo Varadkar said on Sunday that defence forces would be deployed to areas due to be hit by the storm.

Cork airport in the southwest cancelled a number of flights. Speed restrictions were placed on trains, and some lines in the south were cancelled.

Government offices were also closed across the country.

Met Eireann issued a nationwide "status red" alert, while a less serious amber wind warning has been issued for Northern Ireland during the afternoon.

"By the time Ophelia reaches our latitudes, she will be weakening and will be an ex-hurricane," said Steve Ramsdale, chief forecaster at Britain's Met Office national weather service.

"However, Ex-Ophelia will be bringing some significant impacts to Northern Ireland and western and northern Britain on Monday and Tuesday."

Scotland, Wales and parts of England were under yellow warnings issued by the Met Office, which forecast "very strong winds" and heavy rain in some areas.

The storm came 30 years to the day of the Great Storm, which ravaged southern England in the early hours of October 16, 1987, leaving 18 people dead.

Ophelia is the 15th named storm of the 2017 Atlantic season, which is expected to last until the end of November.

Three major hurricanes -- Harvey, Irma and Maria -- caused catastrophic damage in the Caribbean and the US Gulf Coast.

Meteorologists say Ophelia was the most powerful hurricane recorded so far east in the Atlantic and the first since 1939 to travel so far north.

It was classed Category 3 on Saturday as it passed near Portugal's Azores islands, which means it packed winds of at least 178 kilometres (110 miles) per hour.

When Ophelia reaches Ireland on Monday it was expected to weaken to a "powerful extra-tropical cyclone with hurricane-force winds", according to the US National Hurricane Center.

Matt Crofts, a lifesaving manager with the Royal National Lifeboat Institution, said the seas could be "particularly dangerous and unpredictable".

"Stormy conditions may be tempting to watch but big waves can easily knock you off your feet," he said.

"We understand why people want to experience extreme weather, but it's not worth risking your life, so we strongly urge people to respect the water and watch from a safe distance."

Seven of the nine islands in the Azores were put on high alert for the storm's passage, but it did not cause major damage, authorities told reporters.

Six people have also died in wildfires in Portugal, which local authorities said had been exacerbated by drought.