Iraq: At least 24 killed in car bomb attack in Baghdad 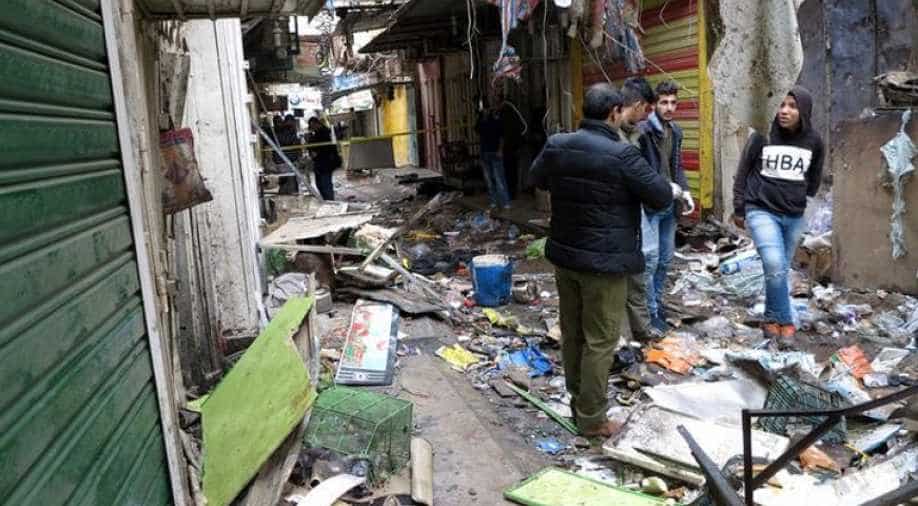 An Islamic State car bomb killed 24 people in a busy square in Baghdad's sprawling Sadr City district on Monday, and the militants cut a key road north from the capital to Mosul, their last major stronghold in the country.

An online statement distributed by Amaq news agency, which supports Islamic State, said the ultra-hardline Sunni group had targeted a gathering of Shi'ite Muslims, whom it considers apostates. Sixty-seven people were wounded in the blast.

US-backed Iraqi forces are currently fighting to push Islamic State from the northern city of Mosul, but are facing fierce resistance. The group has lost most of the territory it seized in a blitz across northern and western Iraq in 2014.

The recapture of Mosul would probably spell the end for its self-styled caliphate, but the militants would still be capable of fighting a guerrilla-style insurgency in Iraq, and plotting or inspiring attacks on the West.

Three bombs killed 29 people across the capital on Saturday, and an attack near the southern city of Najaf on Sunday left seven policemen dead. Monday's blast in Sadr City hit a square where day labourers typically gather.

Nine of the victims were women in a passing minibus. Their charred bodies were visible inside the burnt-out remains of the vehicle. Blood stained the ground nearby.

A separate blast near a hospital in central Baghdad killed one civilian and wounded nine, police and medical sources said.

"The terrorists will attempt to attack civilians in order to make up for their losses, but we assure the Iraqi people and the world that we are able to end terrorism and shorten its life," Prime Minister Haider al-Abadi told reporters after meeting with visiting French President Francois Hollande.

Hollande, whose country has faced a series of militant attacks in the past two years, said French soldiers serving in a U.S.-led coalition against the jihadists in Iraq were preventing more mass killings at home.

Since the drive to recapture Mosul began on October 17, elite forces have retaken a quarter of the city in the biggest ground operation in Iraq since the 2003 US-led invasion that toppled Saddam Hussein. Abadi has said the group will be driven out of the country by April.

Clashes continued in and around Mosul on Monday. The counter-terrorism service (CTS) blew up several Islamic State car bombs before they reached their targets, and linked up with the Rapid Response forces, an elite Interior Ministry unit, said spokesman Sabah al-Numani.

CTS was also clearing North Karma district of remaining militants, the fourth area the unit has retaken in the past week, he said.

Islamic State targeted military positions away from the main battlefield, killing at least 16 pro-government fighters and cutting a strategic road linking the city to Baghdad.

They seized weapons there and launched mortars at nearby Shirqat, forcing security forces to impose a curfew and close schools and offices in the town, according to local officials and security sources.

In a separate incident, gunmen broke into a village near Udhaim, 90 km (56 miles) north of Baghdad, where they executed nine Sunni tribal fighters with shots to the head, police and medical sources said.

In the same area, at least three pro-government Shi'ite militia fighters were killed and seven wounded when militants attacked their position with mortar rounds and machine guns, police sources said.