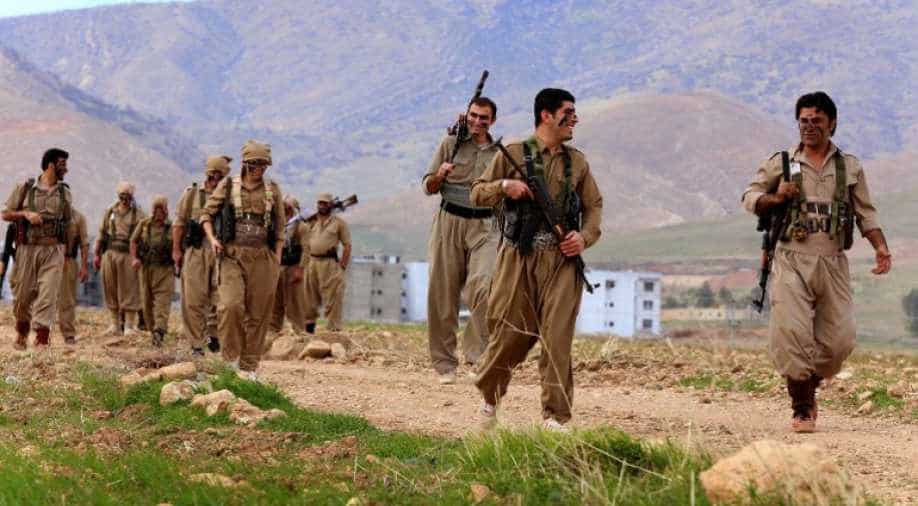 Kurdish region's deputy interior minister did not specify the number of people injured in the attack. Photograph:( AFP )

Seven people were killed in twin blasts near the Kurdistan Democratic Party-Iran's headquarters on Tuesday.

Karim did not specify the number of people injured in the attack, AFP reported.

The Kurdish region in Iran is autonomous has been largely exemted from violence unlike other parts of the country.

No group has claimed reponsibilty for the attack so far. However the Islamic State group is known to carry out such attacks, with the Kurdish forces taking on the militant group in Mosul.

But specualtions are rife that since the Iranian party headquarters were attack, there is a possibilty that another organisation may be responsible for the blasts.

The Kurds are present in four neighbouring countries including Iran. There are about five million Kurds in Iran.