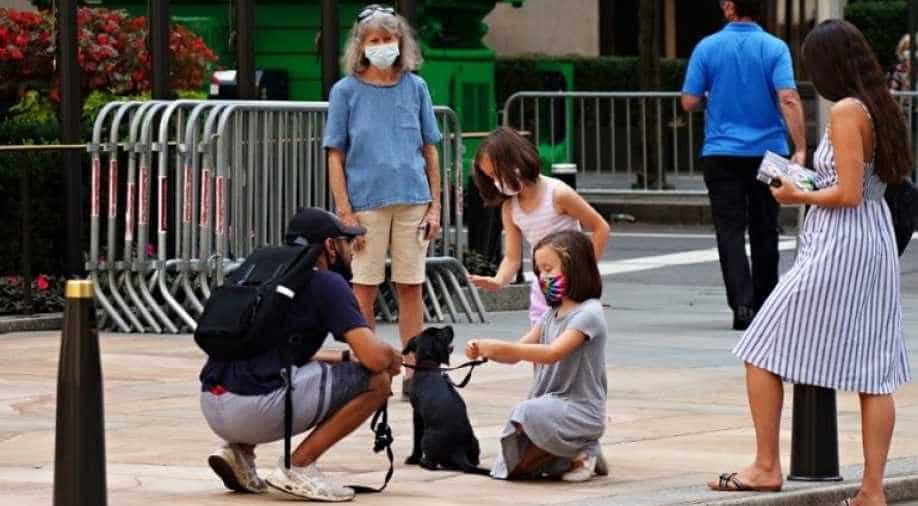 New York, the largest school district in the United States with 1.1 million students, is the only major city nationwide to offer in-person classes

As the first day of school approaches, New York's poorest -- often uninsured families -- face a risky choice: send kids to school where they could contract coronavirus, or keep them home for online classes, potentially compromising their academic progress and preventing parents from working.

New York, the largest school district in the United States with 1.1 million students, is the only major city nationwide to offer in-person classes.

Face-to-face learning will be available one to three times a week starting September 21, a risky bet considered key to rebooting the embattled city's economy.

Maria -- a Mexican domestic worker who lives in Queens, who asked for her last name not be used as she is undocumented -- decided to send her children aged seven and 14 to class, despite much uncertainty over protocol.

"Are schools equipped to safely welcome children? What days will they go? They talk about classes outdoors -- what happens when it rains?" asked the 35-year-old mother during a weekly free food distribution in the borough's Corona neighborhood.

The city's poorest families, generally black or of immigrant origin, cannot afford to hire tutors to support their online learning, as many children of wealthier families are doing.

And, like Maria, most parents of modest means must leave the home to work -- if they did not lose their jobs to the pandemic, that is.

Often these families deal with poor internet access, and sometimes parents cannot help their children with academic work because they lack the necessary technology, do not speak English or have not finished school themselves.

Maria's eldest child took on the responsibility of helping the younger sibling when schools shut down in March and held online classes until June.

Without that help, Maria says, it would have been impossible to get through.

In the US -- the country worst hit by the pandemic in absolute terms, with more than 183,000 deaths and more than six million documented infections -- the issue of reopening schools was politicized ahead of the November elections.

Many states governed by Republicans, including Mississippi, Georgia, Tennessee and Indiana, took that direction in August -- but virus outbreaks meant many schools had to impose quarantines or shut back down.

Many cities, such as Chicago, Houston, Los Angeles, Philadelphia and Miami, opted instead for the virtual model.

New York is the only major city to offer a hybrid option, as long as the infection rate stays below three per cent. Currently it is hovering at 0.9 per cent, far lower than the national average.

But after a dispute with a prominent teachers' union -- which called for more safety measures and threatened a strike -- in-person classes were delayed from September 10 to September 21.

'I'd rather they lose a year'

Many low-income New York parents -- who were disproportionately hard-hit by coronavirus, suffer more from chronic diseases and often lack health insurance -- do not want to send their children to school.

More than 365,000 public school students, or 37 per cent, opted to take classes solely online, according to the city's government.

"I know that at home they won't learn the same, but I'd rather they lose a year and stay healthy," said Marisa Machado, a 40-year-old cook who is currently unemployed, raising her three school-age children as a single mother.

Both the mayor and education experts have urged children from low-income families to attend school in person, to avoid falling behind their wealthier peers.

"One year of educational loss translates directly into less income," said Naomi Bardach, a professor of pediatrics and policy at the University of California, San Francisco.

"It's well documented that it gives you a clear financial hit and a clear health outcome hit."

But in communities hardest hit by the virus, fear still reigns.

Miguel Hernandez, an unemployed New Yorker from Mexico who is married to a Polish prison guard, does not want to send his three kids to school.

"The children are afraid too. We have to survive," he said.