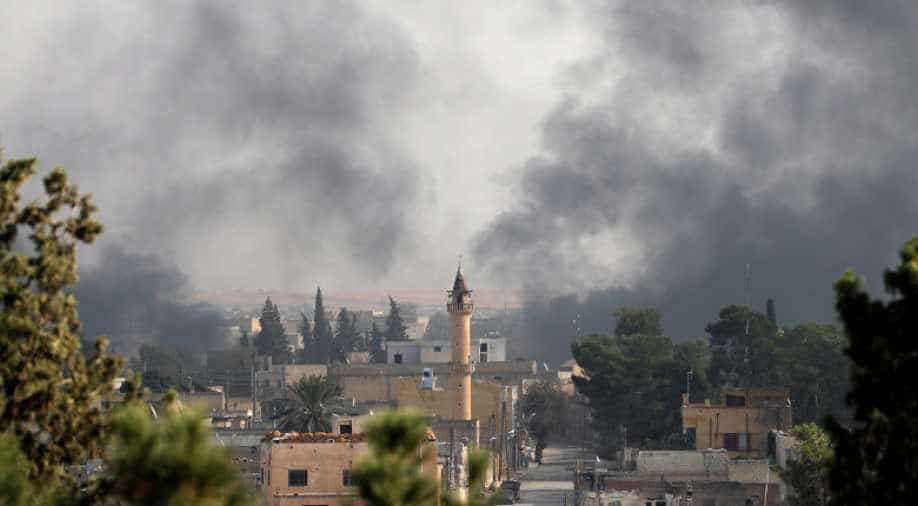 Turkey told the UNSC on Wednesday that its military operation in northern Syria would be 'proportionate, measured and responsible'.

Turkey's defence ministry said today that one its soldier was killed during clashes with Kurdish militia in the northern Syria operation as it continued its push across the border.

Three more soldiers were injured in the "operation region", the defence ministry added.

Turkish troops continued their operation inside Syria even as a divided UN Security Council on Thursday was unable to convince the rest of the 15-state body to adopt a statement asking Turkey to halt its military operations in northern Syria.

France, Germany, Britain, Belgium and Poland were forced to deliver their statement alone, while the United States issued a separate statement asserting that it did not endorse the Turkish operation.

Turkey had told the United Nations Security Council that its military operation in northern Syria would be "proportionate, measured and responsible".

Guterres called for the protection of civilians and civilian infrastructure and Haq said Guterres "believes that there's no military solution to the Syrian conflict."

The move comes even as thousands of civilians fled the border towns of  Ras al-Ain and Darbasiya as Turkish troops continued their assault just days after President Trump pulled the last of the US troops from the region.

The Observatory said Turkish forces had already seized two villages near Ras al-Ain and five near the town of Tel Abyad on Thursday just hours after the operation started.