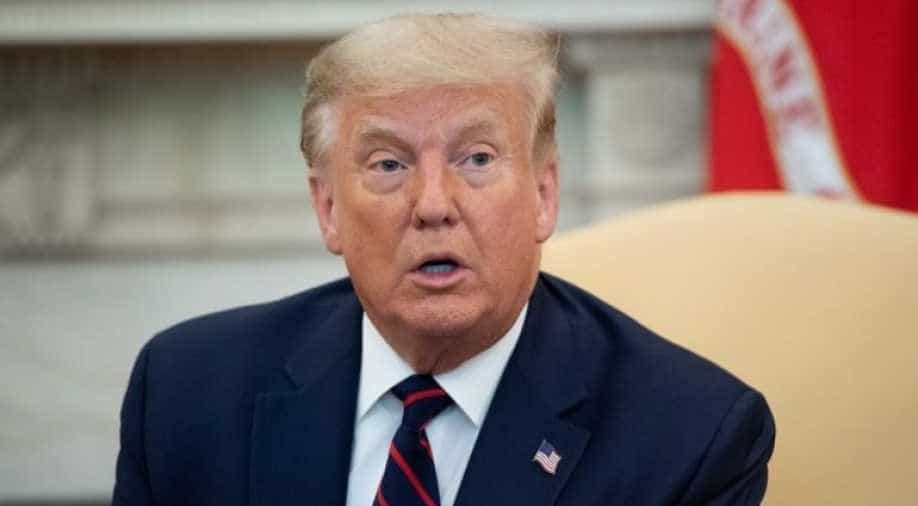 The Democratic-controlled House of Representatives voted 232-197 to impeach Trump. 10 Republican representatives broke the party line to support Trump impeachment. This the second impeachment Trump has suffered

US President Donald Trump on Thursday became first president in US history to be impeached twice. US House of Representatives has charged him of 'incitement of insurrection' over the Capitol Hill violence that erupted on January 6 after Trump's address to his supporters in Washington DC. The Democratic-controlled House of Representatives voted 232-197 to impeach Trump. 10 Republican representatives broke the party line to support Trump impeachment. This the second impeachment Trump has suffered. The House had previously impeached Trump in 2019 for abuse of power. No US President has ever been removed through impeachment but such proceedings carry huge political weight and suffering impeachment twice definitely does not go down well with position any US President

US House of Representatives will submit the article of impeachment to US Senate. If the Senate accepts and holds Trump guilty after a trial, he may have to leave the office. Republican Party controls the Senate right now.

The Senate's Republican majority leader, Mitch McConnell, rejected Democratic calls for a quick impeachment trial, saying there was no way to conclude it before Trump leaves office. But even if he has left the White House, a Senate conviction of Trump could lead to a vote on banning him from running for office again.

In a video statement released after the vote, Trump did not mention the impeachment vote and took no responsibility for his remarks to supporters last week, but condemned the violence.

The debate over impeachment went on in the House of Representatives on Wednesday as thousands of rifle-carrying National Guard troops were stationed inside and outside the Capitol. It's the same building in which lawmakers had to crouch and hide as thousands of Trump supporters laid siege on January 6.

Also Read | Along with Trump impeachment, Biden urges US Senate to consider 'other urgent business'

"The president of the United States incited this insurrection, this armed rebellion against our common country," House Speaker Nancy Pelosi, a Democrat, said on the House floor before the vote. "He must go. He is a clear and present danger to the nation that we all love."

Some Republicans argued the impeachment drive was a rush to judgment that bypassed the customary deliberative process such as hearings and called on Democrats to abandon the effort for the sake of national unity and healing.

"Impeaching the president in such a short time frame would be a mistake," said Kevin McCarthy, the House's top Republican. "That doesn't mean the president is free from fault. The president bears responsibility for Wednesday's attack on Congress by mob rioters."

Ten Republicans voted to impeach, including Liz Cheney, the No. 3 House Republican.

"I am not choosing a side, I'm choosing truth," Republican Jamie Herrera Beutler said in announcing her support for impeachment, drawing applause from Democrats. "It's the only way to defeat fear."

In a break from standard procedure, Republican House leaders refrained from urging their members to vote against impeachment, calling the vote a matter of individual conscience.