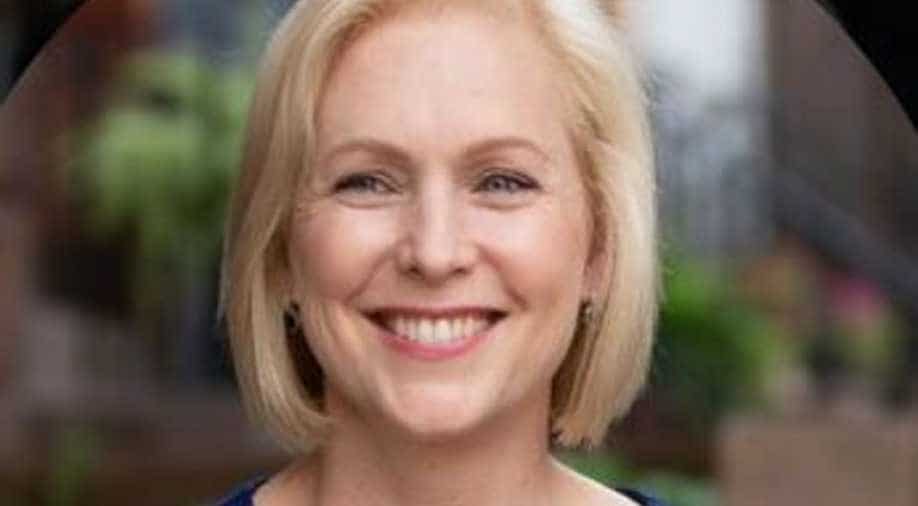 US Senator Kirsten Gillibrand told CBS "The Late Show With Stephen Colbert" that she would file paperwork on Tuesday night to explore a run for the Democratic presidential nomination in the 2020 election.

Colbert, during the taping of an episode that will air on Tuesday night, asked Gillibrand, who has been taking the steps to begin a presidential campaign, if she had anything she would like to announce.

"Yes," the lawmaker from New York said. " I'm filing an exploratory committee for president of the United States tonight."

The formation of an exploratory committee will allow Gillibrand, 52, who is known for spearheading efforts to change how Congress handles allegations of sexual harassment and became a prominent voice in the #MeToo movement, to begin fundraising and organizing her campaign.

"I’m going to run for president of the United States because as a young mom I’m going to fight for other people’s kids as hard as I would fight for my own," Gillibrand said to applause.

She has hired several top political aides in recent weeks, fueling speculation her jump into the 2020 fray was imminent.

There is no dominant early front-runner in what is expected to be a crowded Democratic nominating race to take on President Donald Trump, the likely Republican nominee.

Former US Representative John Delaney has been running for more than a year. The US Senator Elizabeth Warren of Massachusetts formed an exploratory committee last month and Representative Tulsi Gabbard said Friday that she will run for president.

Some in the party believe an establishment figure who can appeal to centrist voters is the way to victory. Others argue a fresh face, and particularly a diverse one, is needed to energize the party's increasingly left-leaning base.

Gillibrand was a member of the centrist and fiscally conservative Blue Dog Coalition while in the House of Representatives. Her positions became more liberal after she was appointed to fill the Senate seat vacated by Hillary Clinton in New York when Clinton became former President Barack Obama's secretary of state.

Gillibrand then won the seat in a special election and was re-elected to six-year terms in 2012 and 2018. She has attributed the ideology shift to representing a liberal state versus a more conservative district.

As a senator, Gillibrand was outspoken about rape in the military and campus sexual assault years before the #MeToo movement against sexual harassment and assault first arose in 2017.

In late 2017, as she pushed for a bill changing how Congress processes and settles sexual harassment allegations made by staffers, some prominent party leaders criticized her for being the first Democratic senator to urge the resignation of Senator Al Franken, who was accused of groping and kissing women without their consent.

During the same period, Gillibrand said Hillary Clinton's husband, former President Bill Clinton, should have resigned from the White House after his affair with intern Monica Lewinsky, which led to his impeachment by the House. Some criticized the senator for attacking the Clintons, who had supported her political career.

Gillibrand backs a Medicare-for-all bill championed by Democratic Party liberals. She was the first senator to call in June 2018 for the abolishment of Immigration and Customs Enforcement (ICE) amid controversy over Trump's separation of families entering the country at the US-Mexico border.

"I believe healthcare should be a right and not a privilege," Gillibrand told Colbert.

In a dig at Trump, Gillibrand said the first thing she would do if elected to the White House is "restore what's been lost" like the "integrity and compassion of this country."

"You have to start by restoring what’s been lost, restoring our leadership in the world, addressing things like global climate change and being that beacon of light and hope in the world," Gillibrand said.

Trump and Gillibrand have sparred publicly in the past. In December 2017, the president targeted her with a sexually tinged tweet, calling her a "total flunky" who had "come to my office 'begging' for campaign contributions not so long ago (and would do anything for them)."

"You cannot silence me or the millions of women who have gotten off the sidelines to speak out about the unfitness and shame you have brought to the Oval Office," she wrote.