Deal or no deal? Argentina faces make-or-break May to avoid default 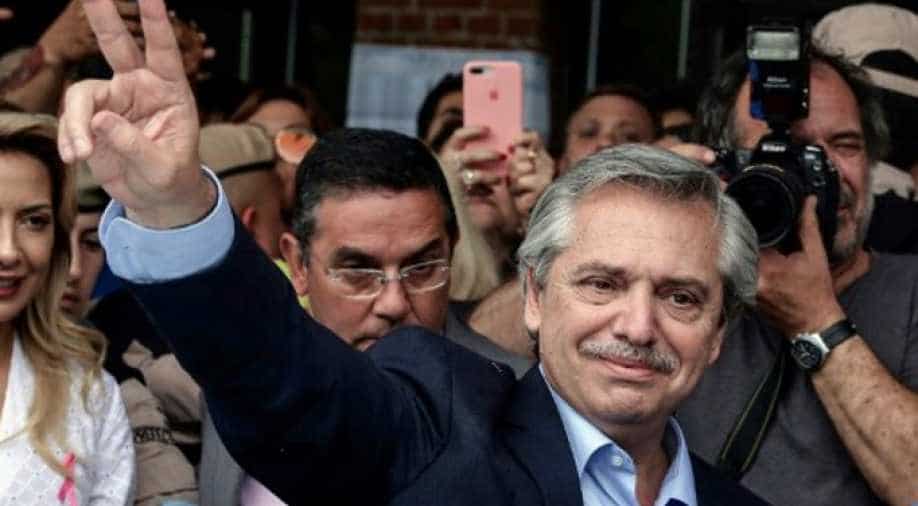 Argentina's leaders are racing to win over wary creditors, who have already rejected the initial offer, with bankers and investors increasingly concerned that no deal will be reached - at least not in time.

Argentina is entering a crucial period this month for a precarious debt-restructuring process that will determine whether or not the country falls into default for a third time in just two decades.

After months of negotiations, the South American country made a proposal in April to restructure $65 billion of its foreign debt. This offer expires on May 8, while a grace period for paying interest on three dollar bonds ends on May 22.

Argentina's leaders are racing to win over wary creditors, who have already rejected the initial offer, with bankers and investors increasingly concerned that no deal will be reached - at least not in time.

"The two sides are so far further apart than we imagined at this stage, leading to bonds underperforming our earlier expectations," Morgan Stanley said in a note in late April, adding an agreement was still possible later in the year.

"We still believe that a deal will be found but the timing is now much more uncertain."

The investment bank said it calculated the current offer's net present value (NPV) - a key metric for creditors - at around 33 cents on the dollar, which it said would need to be improved to around 40-45 cents with likely higher coupon payments.

Argentine officials, meanwhile, have indicated the offer on the table is a take-it-or-leave-it deal. It involves a three-year payment halt, maturities pushed back until the next decade and a 62% reduction in coupon payments.

The major grains producer also owes a large amount to the International Monetary Fund (IMF), which has supported the country's debt negotiations, and is trying to delay a $2.1 billion payment to the Paris Club due on May 5.

"My instinct is that they do want to get a deal, but even though they have the support of the IMF and others, there is a sense that it is not going to happen," said Jay Auslander, a partner at Wilk Auslander who worked previously with creditors in a case against Argentina.

"I think the likelihood is they are going to default and it will be their ninth default, so it is nothing new to them."

Argentina suffered a major default in late 2001, which led to over a decade of litigation with creditors, and a smaller partial default in 2014. By some counts, it has previously defaulted eight times, a number the government disputes.

A default would hurt, even as Argentina grapples with recession, inflation and a major hit from the coronavirus outbreak that will likely cause a large economic contraction this year.

"There is already enough turbulence in the context of the pandemic, with exchange rate pressures, and that will be sharpened further with a default scenario," said Fernando Baer from consultancy Quantum Finanzas.

"Everything would get even worse," he added.

A parallel, if smaller, debt drama is playing out in Argentina's largest province, Buenos Aires, which is looking to restructure over $7 billion in foreign debt. Its proposal to bondholders has also been knocked back by creditors.

May 5: Argentina faces a $2.1 billion payment to the Paris Club group of lenders. The government has asked the group to postpone the payment for a year.

May 8: The current national debt restructuring proposal expires for creditors to accept or reject the offer. The government may choose to extend the deadline.

May 11: A grace period ends for a debt payment by Buenos Aires, which could see the province enter default if payment is not made or no restructuring deal is reached.

May 22: The 30-day grace period ends for a $500 million group of interest payments on three foreign law sovereign bonds. If no deal is reached and payment is not made, this could see Argentina default.