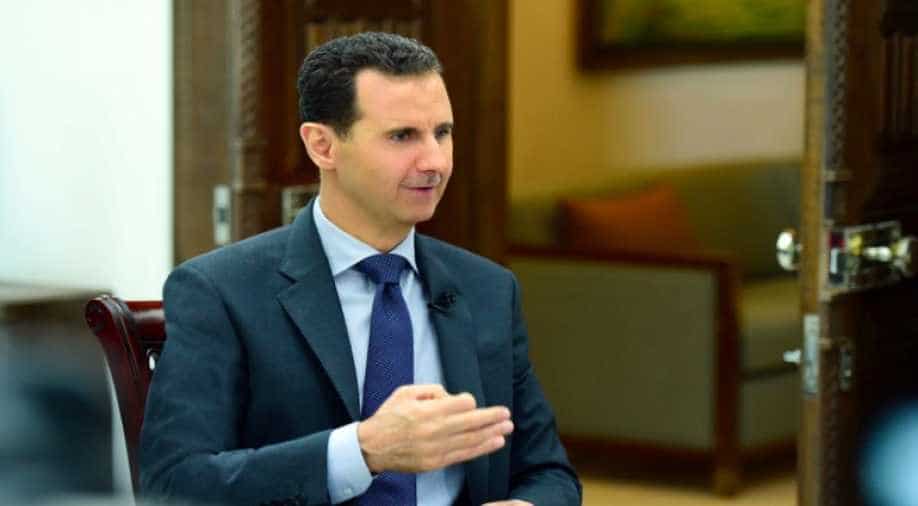 Syrian President Bashar al-Assad said that de-escalation zones proposed by his ally Russia were a chance for rebels to "reconcile" with Damascus and drive out Islamist militants, but vowed to fight on calling U.N.-led peace talks fruitless.

Assad pledged, in an interview with Belarusian TV Channel ONT aired on Thursday, to defend the zones and to crush, with the support of Iran and Hezbollah, those who try to breach them.

Efforts over the past year to halt the six-year Syrian war have fallen flat, and a ceasefire agreed to by the government side and rebels in December was violated early on.

Russia's proposal for zones took effect last week, covering areas in the west of the country and Damascus has suggested there could be a role for Russian military police.

Assad said the primary aim was to protect civilians.

"The second goal is to give the militants who want reconciliation with the state a chance ... to settle their cases, hand over their weapons in return for amnesty," he said.

Damascus has said rebels should help drive jihadist groups out of the de-escalation zones, and sees so-called reconciliation agreements, which have involved the evacuation of rebels from besieged areas, as an alternative to peace talks.

Violence reduced somewhat after the de-escalation zones were announced last week, but heavy fighting persists in some areas.

Syria's opposition rejected the Russian plan, calling it a threat to the country's territorial integrity and refusing to recognise Iran as a guarantor of any ceasefire plan.

Assad said he was "not tired" and would continue to fight terrorists - the government's term for all insurgents.

He also said U.S. President Donald Trump had ordered strikes against a Syrian air base last month - a response to an alleged chemical attack against civilians - in order to "present his credentials" to U.S. political and lobby groups.

Trump said at the time that Assad's government had gone "beyond a red line" with a poison gas attack on civilians and said his attitude toward Syria and Assad had changed.

Syria denies carrying out the attack.