Coronavirus: Death toll climbs to 170, the infection spreads to every Chinese region 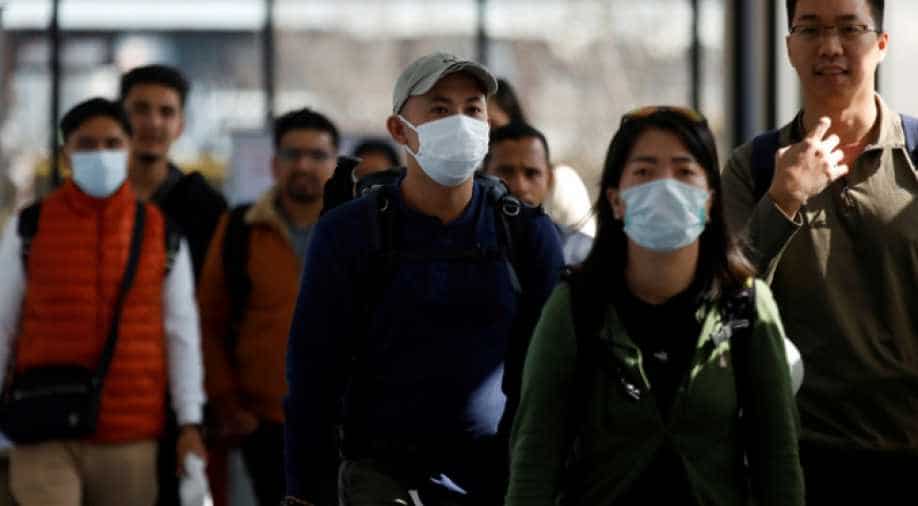 Passengers wearing masks to protect themselves from the deadly coronavirus. Photograph:(Reuters)
Follow Us

Chinese health authorities said there were 7,711 confirmed cases of infection as of the end of Wednesday, mostly in Hubei province where the death toll rose by 37 to 162

A plane of Japanese evacuees from the virus-hit Chinese city of Wuhan arrived in Tokyo on Thursday as the total number of confirmed deaths from the newly identified pathogen in the country rose by 38 to 170 and infections also jumped.

Chinese health authorities said there were 7,711 confirmed cases of infection as of the end of Wednesday, mostly in Hubei province where the death toll rose by 37 to 162.

Infections have been reported in at least 15 other countries and, with the appearance of the first case in Tibet, in every province and region of mainland China.

The World Health Organization's (WHO) Emergency Committee is set to reconvene behind closed doors in Geneva later on Thursday to decide whether the rapid spread of the virus now constitutes a global emergency.

"In the last few days the progress of the virus, especially in some countries, especially human-to-human transmission, worries us," WHO Director-General Tedros Adhanom Ghebreyesus told a news conference on Wednesday, naming Germany, Vietnam and Japan.

"Although the numbers outside China are still relatively small, they hold the potential for a much larger outbreak."

A second chartered flight with Japanese evacuees from Wuhan, which is under virtual lockdown, landed in Japan with nine people showing symptoms of fever or coughing, broadcaster NHK reported.

The first flight landed on Wednesday and at least one more is expected in coming days.

Three Japanese who returned on the first flight were confirmed to be infected with the virus, NHK reported on Thursday, citing the health ministry, although two of the three had not shown any symptoms.

The United States flew about 200 Americans out of Wuhan, capital of Hubei where most of the cases are concentrated. They were being screened on arrival in California. France, Britain and Canada also have organised evacuations.

The effects of the virus are already weighing heavily on China's economy, the world's second-biggest, with companies cutting corporate travel and tourists cancelling trips.

Various airlines are cutting flights, from British Airways and Lufthansa to Air Canada and American Airlines.