Controversial journalist gunned down in Philippines 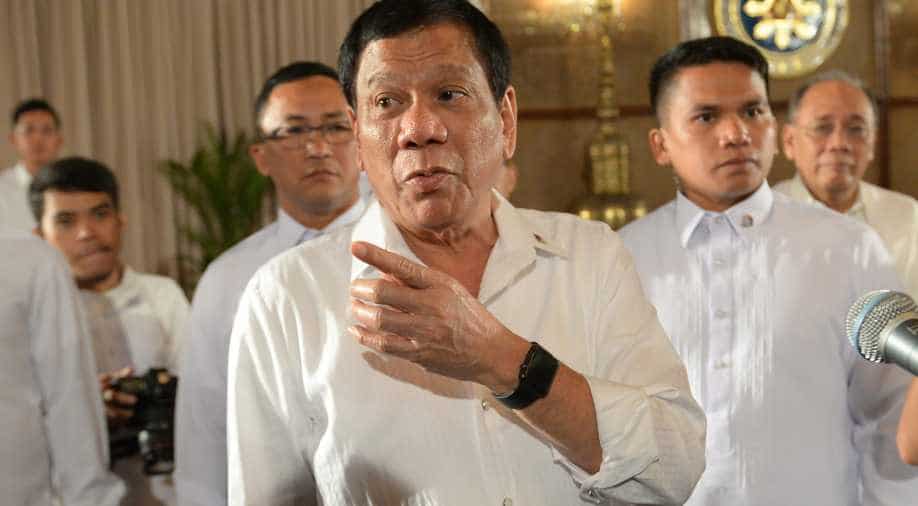 Joaquin Briones, who worked for tabloid Remate, is the second journalist to have been killed since Duterte became the president. Photograph:( AFP )

Gunmen have shot dead a controversial newspaper columnist in the Philippines, media groups said Tuesday, marking the latest journalist death in one of the world's most dangerous nations for reporters.

Joaquin Briones, who worked for tabloid Remate, was shot in the back on Monday by motorcycle-riding assailants on the central island province of Masbate, a hotbed of political conflict and crime.

Remate managing editor Lydia Buena said Tuesday she believed the killing of Briones was likely linked to his "hard-hitting" reports.

"He had received many death threats because he had written many articles about Masbate," she told AFP.

"He was pretty tough. He had a lot of enemies in the local community but he would continue."

Many of his thrice-weekly pieces dealt with illegal fishing, gambling or drugs, she said.

The National Union of Journalists in the Philippines said Briones was the second journalist to be murdered since President Rodrigo Duterte took office in June.

Duterte had sparked an international outcry shortly before taking his oath of office, when he said that journalists who took bribes or engaged in other corrupt activities were legitimate targets of assassination.

Paul Gutierrez, president of the National Press Club and a friend of the slain journalist, said Briones had suggested staying in Manila before Christmas as things were "getting too hot back home".

"He was proud," Gutierrez said. "He actually boasted that he was jailed."

The Philippines is known as being one of the world's deadliest nations for reporters.

A study by the International Federation of Journalists said last year that 146 journalists were killed between 1990 and 2015, making the Philippines the second most dangerous country for the media, surpassed only by Iraq.

One of the worst attacks took place in 2009 when 32 journalists were among 58 people killed by a warlord clan intent on stopping a rival's election challenge.