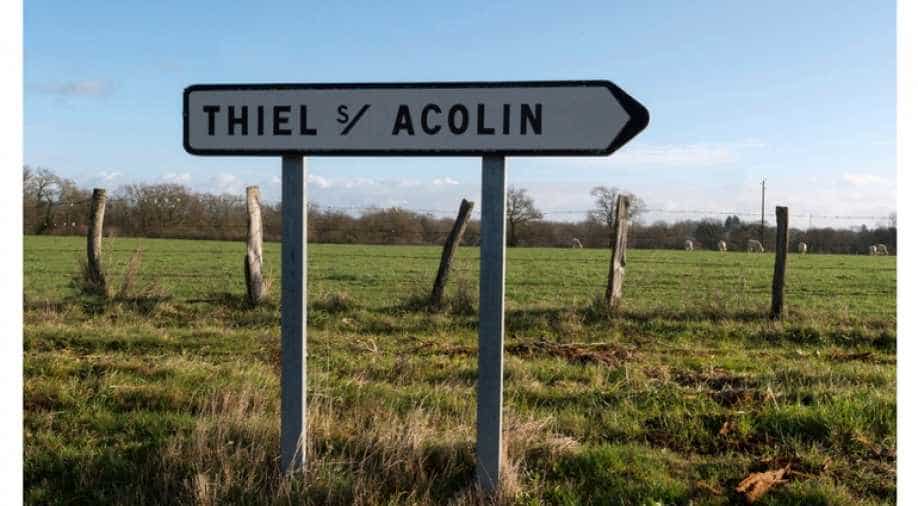 In the peaceful French village of Thiel-sur-Acolin, retired farmer Marc Bernardet is ambivalent about having a Chinese billionaire for a neighbour.

Over the past four years, Hu Keqin has quietly snapped up 3,000 hectares of wheat fields in the central Indre and Allier regions, including next door to Bernardet.

His purchases are part of a Chinese buying-spree in recent years stretching from the US to Australia. And in France, struggling farmers fear a landgrab.

"It's a piece of French heritage that is being taken, but that's globalisation and that's the trend at the moment," Bernardet told AFP.

"If it wasn't the Chinese, it would be someone else."

The fields may be bare for winter, but Hu has big dreams: eventually, they'll provide some of the flour for 1,500 French bakeries in China, catering to a burgeoning middle class.

But he is keenly aware of the suspicions his project faces in France, where farmers say their traditional family ownership model is under threat from a huge rise in investor purchases.

"We take extremely good care of our land, and we're using only French people to cultivate it," the 57-year-old insisted in an interview at his Beijing offices.

"Many foreign investors are buying land in France," added the understated businessman with a net worth estimated at $1.22 billion (1 billion euros) by Forbes magazine.

"Are we so different from the Germans or the English? Shouldn't we, like the others, encourage the local economy to develop?"

Hu cannily used legal loopholes -- buying almost all of each farm rather than the entirety -- to skirt rules that can allow the French government to block sales of farmland.

But President Emmanuel Macron on Thursday vowed to crack down on foreign investors buying up swathes of French land.

"French agricultural lands are strategic investments on which our sovereignty depends," he told a crowd of young farmers at the presidential palace.

"We can't allow hundreds of hectares of land to be bought by foreign powers without us knowing the aims of these purchases."

Hu, who has spent 11 million euros on land in Allier alone, stressed that his plan is moving ahead with "solid support" from the French government.

His Reward Group is exploring a slew of tie-ups with French firms which, despite their suspicions, come as welcome news for a government that has prioritised kickstarting the economy.

Central to Hu's plans to conquer China with baguettes is a partnership with France's biggest cereal cooperative Axereal to supply flour as well as bread-making know-how.

And that's just one of several potential French deals for Reward, which since 1995 has built an empire of everything from cleaning products to powdered milk.

It is exploring a possible import deal with Bel, the maker of Laughing Cow cheese, and France's biggest meat producer Bigard ahead of the lifting of an embargo on French beef.

Reward took control last summer of a lavender soap maker in the south of France, Le Chatelard 1802, and has held further talks with a bakery chain, grain processor, and soy company.

As it looks to diversify and grow its foreign assets, the conglomerate is also eyeing land in Romania and has bought a US cosmetics factory.

As far as the bakeries are concerned, having ingredients imported from France is particularly reassuring for Chinese consumers after a series of food scandals.

Bread is rarely served with meals in a country of rice and dumplings, and the Chinese bakery scene remains dominated by chains offering filled buns adapted to local tastes.

But Hu is banking on China getting hooked on the crunch of a traditional French baguette as more and more of its middle classes take European holidays.

"I'm counting on the young generation born in the 1980s and 1990s -- keen travellers -- and on children, but also the older generation whose eating habits are changing," he said.

"The potential is huge."