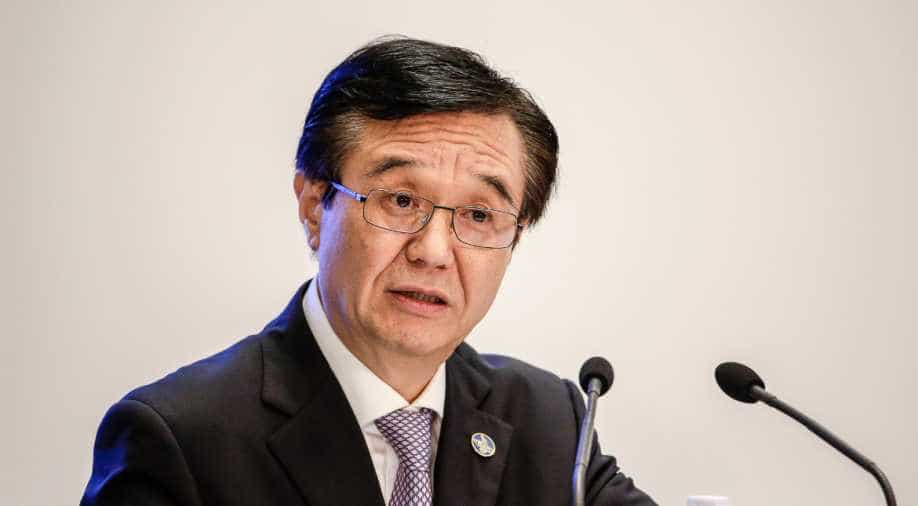 Gao Hucheng said the world's top economies are meeting in Shanghai to discuss how to boost trade and coordinate global investment strategies, as well as how to strengthen investment among G20 nations. Photograph:( Getty )

Global trade is expected to grow at a tepid 2.8 per cent in 2016, the World Trade Organization (WTO) said in April, with uncertainty over Britain's decision to leave the EU only adding to concerns.

"The economic recovery and growth is still feeble and global trade is fluctuating at a low level," Gao Hucheng said before ministers began talks, vowing: "China is willing to work with all parties with wisdom, courage and action."

WTO director-general Roberto Azevedo said on Friday ahead of the talks that 2016 would be the fifth consecutive year with trade growth below three per cent -- its weakest sustained level in 30 years.

He warned that there were "no immediate signs of significant change in the current trajectory for trade growth".

Gao said ministers would discuss how to boost trade and coordinate global investment strategies, as well as how to strengthen investment among G20 nations.

"The world is hopeful despite the still difficult tasks which lie in front of us. But there is still great hope and opportunities contained in this," Gao said.

Today's talks bring together G20 trade ministers as well as representatives from organisations including the IMF, OECD and WTO. They will give a press conference on Sunday after two days of talks behind closed doors.

China, a key driver of global growth, has seen its GDP growth slip to its slowest rate in a quarter of a century, with expansion last year weakening to 6.9 per cent.

The World Bank identified the slump in Chinese growth and the country's economic transition as the key factor in a sharp slowdown in global trade last year, in a report released in March.

Beijing has been trying to retool its economy to encourage domestic consumption and move away from infrastructure investment and exports as the main drivers of growth, but the pace has been slow.

Azevedo also appealed for cooperation in the battle to spur trade.

"This is a time for governments to work together to see how trade can be used to boost growth, development and job creation," he said on Friday.

"It is a time for vigilance against measures which hamper and restrict trade and against very damaging anti-trade rhetoric."