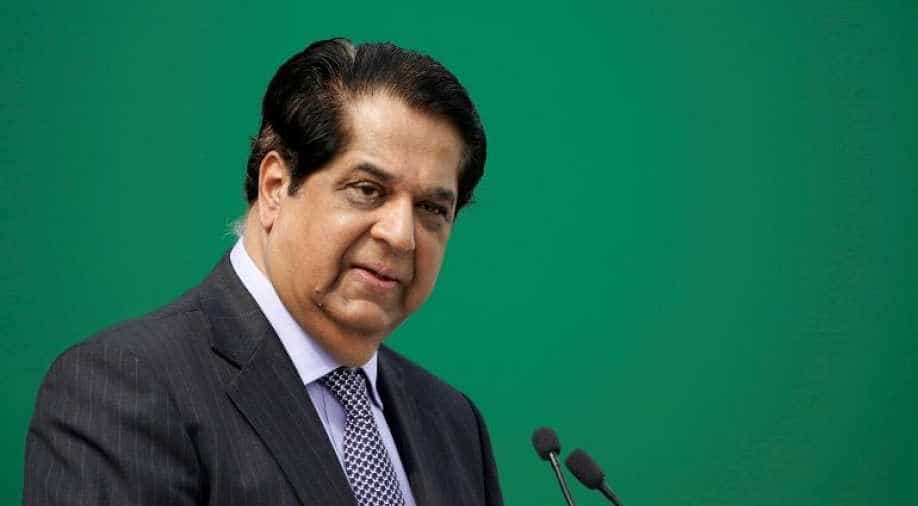 The New Development Bank (NDB) launched in 2014 by China, India, Russia, Brazil and South Africa has a subscribed capital of $50 billion, of which $10 billion is paid capital.

Leaders of the BRICS group of leading emerging economy nations meeting this week will discuss opening their development bank to other countries to increase its capital to fund infrastructure and other projects, diplomats and the bank's head said.

The New Development Bank (NDB) launched in 2014 by China, India, Russia, Brazil and South Africa has a subscribed capital of $50 billion, of which $10 billion is paid capital.

Diplomats for Brazil and one other BRICS nation said expansion of the bank is on the agenda at the annual summit November 13-14.

NDB President K.V. Kamath said the bank's membership is open to all members of the United Nations and its mandate is to mobilize funds for sustainable development projects in BRICS and other emerging economies and developing countries.

"The membership will be expanded gradually," he told Reuters in an interview by email but declined to name any countries.

Kamath rebuffed criticism that the bank has taken a long time to deliver loans to help boost economies amid slowing global growth.

"The NDB has gone a long way in four years, something that took some of our peer institutions decades to achieve," he said referring to other multilateral lending institutions.

By the end of 2019, the bank projects total approvals to reach $14 billion to $15 billion, almost double the portfolio of the China-led Asian Infrastructure Investment Bank.

Among recent loans, the bank last month approved $500 million for Brazil's national Climate Fund project, known as Fundo Clima in Portuguese, which is aimed at helping the country meet its Nationally Determined Contribution, a target reducing carbon emissions under the Paris climate accord.