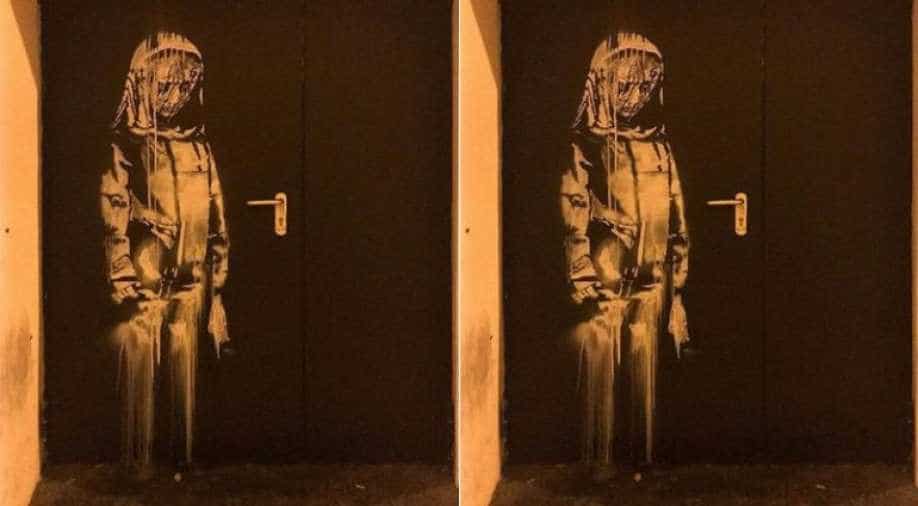 The mural was cut out with angle grinders.  Photograph:( ANI )

The artwork had been a tribute to the 90 victims of the November 2015 terror attack on the hall.

An artwork by the British artist Banksy has been stolen from the Bataclan music hall in Paris.

The mural — which depicted a young girl with a mournful expression — had been painted onto one of the Bataclan's emergency doors. It was cut out.

The news agency AFP reported a source close to the investigation as telling LCI television that "a group of hooded individuals armed with angle grinders cut the painting and took it away in a truck" on the night of Friday to Saturday.

The artwork had been a tribute to the 90 victims of the November 2015 terror attack on the Bataclan.

"Banksy's work, a symbol of recollection and belonging to all: locals, Parisians, citizens of the world has been taken from us," the Bataclan said.

"We are today filled with a deep sense of indignation," it added.

The November 2015 Paris attacks were a series of coordinated strikes on the city. Three heavily-armed militants had stormed the Bataclan.

A total of 137 people (130 victims, seven perpetrators) had died in the attacks.

Banksy and his iconic street paintings which pop up overnight are by now known the world over. His identity however is secret, known only to a handful of close friends.