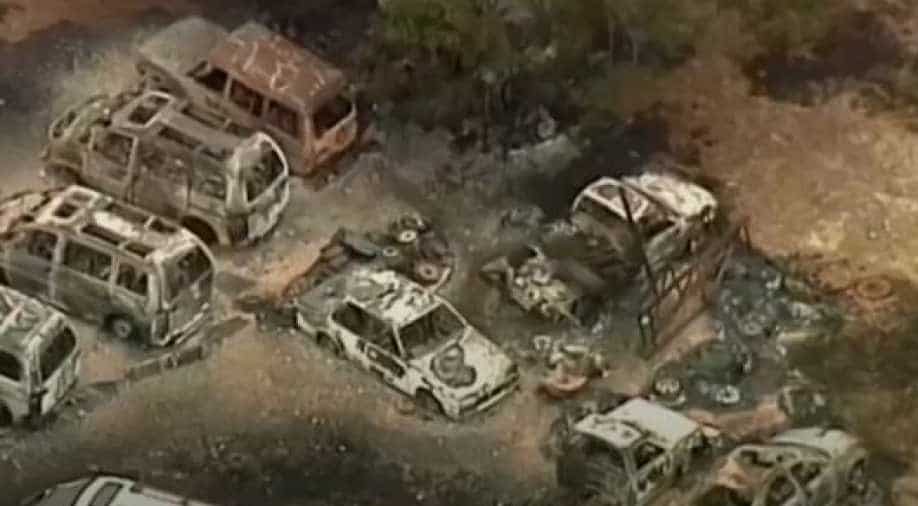 Australian authorities on January 1, 2020, confirmed that a third person had died in devastating bushfires that engulfed the southeast coastal region this week and said a fourth person was missing and feared dead.

The Australian defence force said five military helicopters and two naval ships were on the way to the south coast to ensure supply of essentials materials.

New South Wales police declared "tourist leave zone" ahead of dangerous fire conditions in the region as the death toll in the Australia bushfires rose to eighteen.

"Widespread extreme fire danger is forecast for the South Coast on Saturday," the advisory said, adding, "these will be dangerous conditions, the same or worse than New Year's Eve." The message exhorted tourists not to visit the south coast over the weekend as it wasn't safe, sternly warning: "do not be in this area on Saturday".

According to Antti Lipponen, physicist and research scientist at the Finnish Meteorological Institute, the thick smoke observed on January 1 was "about 5,490, 000 km" which he said was "larger than the area of EU and more than 14 times the area of Japan."

Tourists have been given 48 hours to evacuate as the government called in the military to help in rescue operations.

The Australian defence force said five military helicopters and two naval ships were on the way to the south coast to ensure supply of essentials materials.

The weather forecasters have warned the heatwave conditions would bring gusting winds with temperatures soaring above 40 degrees Celsius.

In Mallacoota in Victoria, at least  4,000 people have been stranded on the beach even as massive fire rage with roads in and out of the town blocked leaving only the sea route as a way out for those stuck on the beachfront.

The police advised police not to make plans to holiday in the south coast, "particularly in the general area from Batemans Bay to the Victorian border."

"It is vital, critical," New South Wales transport minister Andrew Constance said, adding, "We need everybody to leave. We are going to face a worse day on Saturday than what we have been through."Huge bushfires have been burning for weeks across Australia, with new blazes sparked into life almost daily by extremely hot and windy conditions in bushland left tinder dry after a three-year drought."