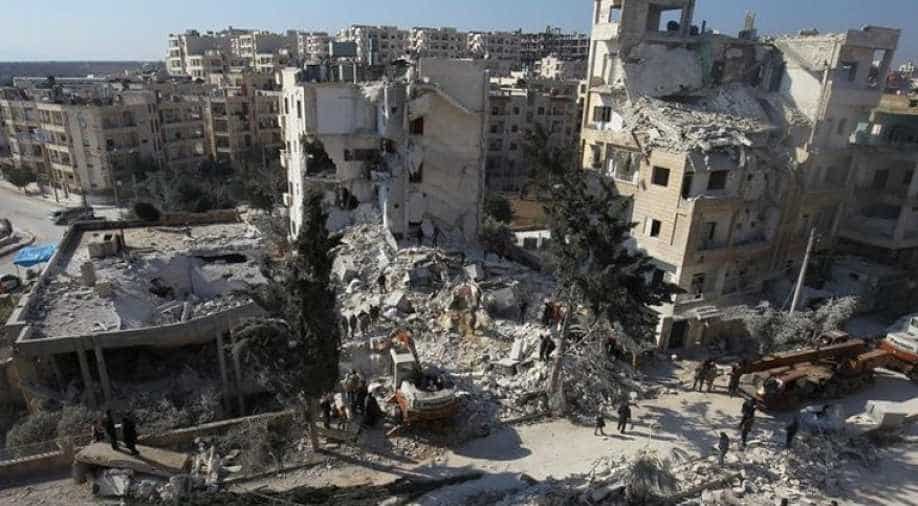 Russian planes have targeted a number of towns and villages in Syria's Idlib city. Photograph:( Reuters )

At least 15 people died in air strikes on the rebel-held Syrian city of Idlib on Tuesday, in some of the heaviest raids there in months, residents and a rescue worker said.

Around eight attacks by what were believed to be Russian jets wounded scores of people and levelled several multi-storey buildings in residential areas of the northwestern city, they added.

"We are still pulling bodies from the rubble," Issam al Idlibi, a volunteer civil defence worker, said. Most of the casualties were civilians and the death toll would probably rise, he added.

The extent of the damage and the debris bore the hallmarks of a Russian attack, said two witnesses. There was no immediate comment from Moscow.

Russian planes have targeted a number of towns and villages in the area since entering the Syrian conflict in September 2015 to back ally President Bashar al-Assad. But activists and residents said there had been a reduction of Russian strikes in Idlib province since a Turkish-Russian brokered cessation of hostilities late December.

Planes from the US-led coalition have also launched a number of attacks in the rural province, a major stronghold of jihadists, many of them formerly affiliated to al-Qaida.

Idlib's population has been swollen by thousands of Syrian fighters and their families who were evacuated from villages and towns around Damascus and Aleppo city retaken by the government in recent months.

WHO raises global risk of coronavirus from 'high' to 'very high'