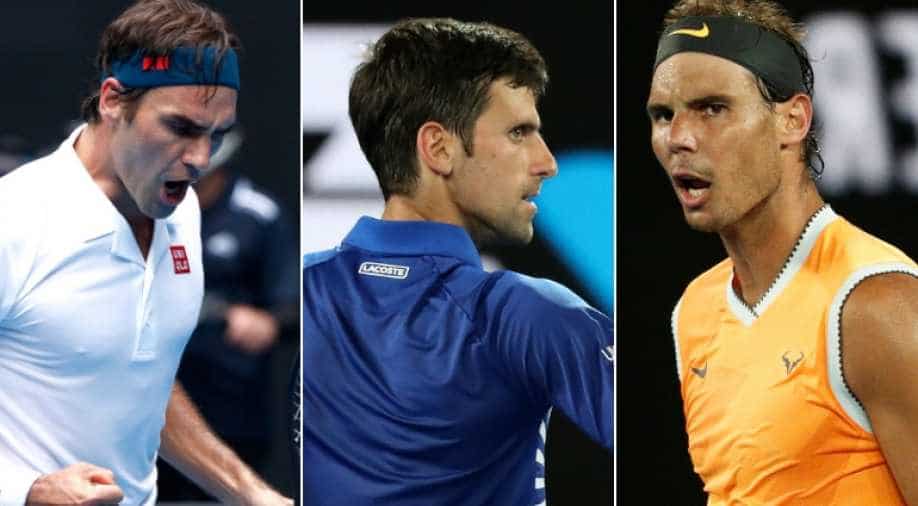 In total, 27 of the world's top 30 male tennis players have committed to the event

Novak Djokovic, Rafael Nadal and Roger Federer are among the global top 10 who will play for their countries at the new ATP Cup in Australia in January, organisers said Saturday.

Andy Murray, returning from hip surgery, will also compete, with his protected world ranking of two giving Britain entry to the tournament even though they are outside of the 24-team qualifying cut-out.

In total, 27 of the world's top 30 male tennis players have committed to the event.

"Our belief was that week one in the calendar, together with Tennis Australia, would work best for player scheduling, and today's announcement is a confirmation of that," he added.

"Having the top players competing in this new global event is critical, and the ATP Cup looks set to kick off the ATP Tour season in a big way in 2020."

The innovative championship, from January 3-12 in the lead-up to the Australian Open Grand Slam, offers Aus$22 million ($15 million) in prize money and a maximum of 750 singles and 250 doubles ATP rankings points.

It will see nations split into six groups, with eight teams emerging from the round-robin stage to compete in the knockout phase until one team is left standing.

Sydney will host the finals, along with group games which will also be held in Brisbane and Perth.

The top 18 countries in the ATP Cup standings will all take part, including the United States, France, Spain, Japan, Germany and South Africa.

Host Australia has been handed a wildcard, with the remaining five nations yet to be finalised.

Each team will have up to five players, with ties comprising two singles matches and one doubles. The top two players in the world rankings for each country have qualified, with the remaining three decided by November 13.

The draw, which will determine where the sport's top stars start their 2020 season, takes place at the Sydney Opera House on Monday.

The season-opening tournament will be held on the back of a revamped Davis Cup, run by the International Tennis Federation, which will take place in November, bringing together 18 nations in one place for a week at the end of the 2019 season.

ATP Cup qualified teams (based on the ranking of their top singles player, and commitment to play, as of September 9):