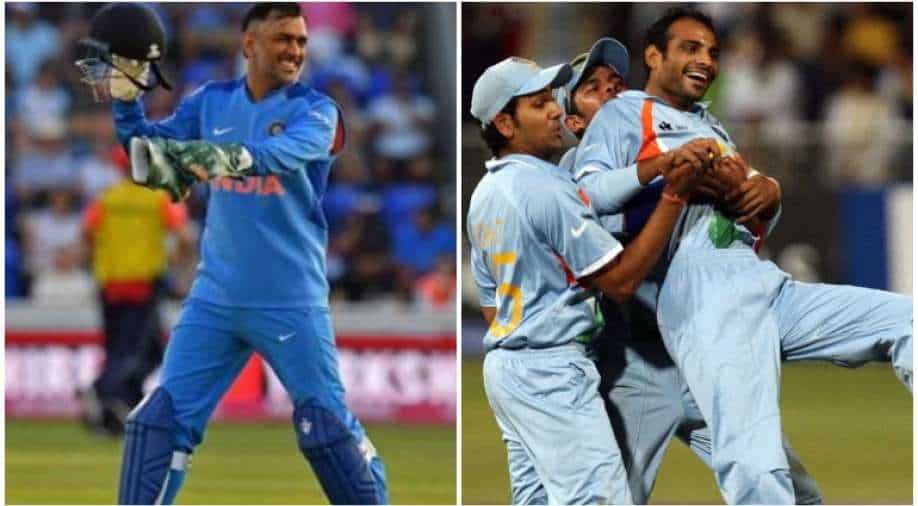 On this day in 2007, MS Dhoni-led Team India won the inaugural T20 World Cup. Joginder Sharma recalled his chat with Dhoni before the last over.

On this day in 2007, the MS Dhoni-led Team India created history and won the inaugural edition of the T20 World Cup. While not many had given India any chance for the mega event, who went into the competition with a second-stringed side, Dhoni & Co. defeated Pakistan in a marquee finale to win the championship.

India defeated Pakistan in the group stages (in a riveting bowl-out) and entered the Super Eight. In the second round, the Men in Blue lost to New Zealand but endured a four-match winning streak from thereon to win the tournament, beating England, South Africa (virtual quarter-finals), Australia (in the semi-finals) and the Men in Green, respectively.

Talking about the final, India opted to bat first and posted a healthy 157-5 riding on Gautam Gambhir's 75 and Rohit Sharma's cameo. In response, Pakistan were tottering at 77-6 before Misbah-ul-Haq's fighting half-century brought the game alive. In the last over, Shoaib Malik-led Pakistan needed 13 to win with a wicket in hand. Dhoni gave the ball to inexperienced Joginder Sharma, instead of Harbhajan Singh, and backed him to the core before India scripted history.

The cricketer-turned-DSP Joginder had recalled Dhoni's words and was quoted as saying by Hindustan Times, "Don’t think about the runs that they need, think about your bowling. If you get hit, don’t over-think, just concentrate on the next ball. Whatever is the result, be confident you have my support."

"I got a new identity thanks to this game. I feel proud for having won the game for my country and that our name has been etched in golden words. For any cricketer to be a part of World Cup-winning team is a goal. I was lucky that I was part of the 2007 World T20 team. I feel proud to have won the hearts of the Indians,” he had once said.

Virat Kohli-led India will like to replicate Dhoni-led Men in Blue's 2007 performance when the forthcoming T20 World Cup starts from October 17, in the UAE. For the unversed, former Indian captain Dhoni will be part of the squad as the team mentor.