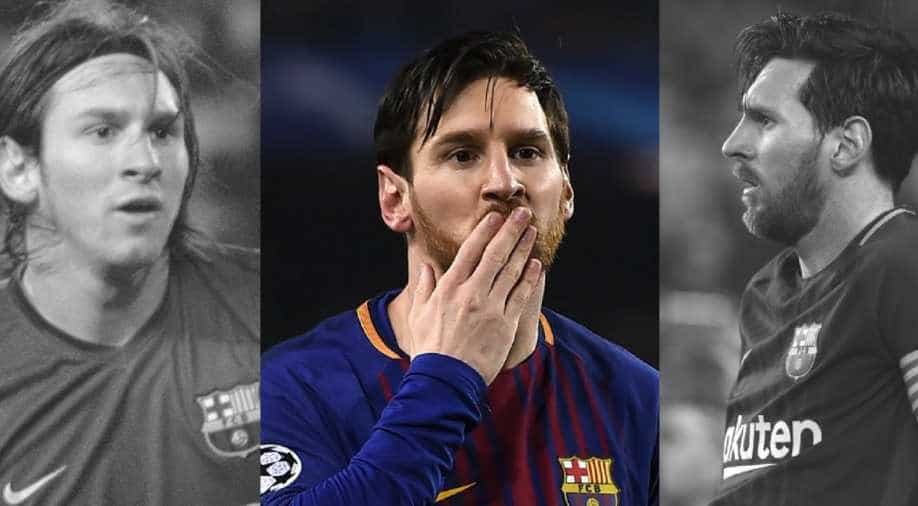 Lionel Messi scored his 100th goal of Champions League against Chelsea in the decisive second leg clash in the round of 16 at Camp Nou and inspired the team to reach the quarter-finals of UEFA Champions League.

Messi scored the opener within three minutes of the first half and later assisted Ousmane Dembele to double Barca's lead.

In the second half, he scored another goal and slammed a century of goals in total 123 appearances to complete a 3-0 victory.

Messi became the second player to reach the milestone of 100 goals after Real Madrid's Cristiano Ronaldo, who has 117 goals in 152 games.

When we talk about Messi's 100th goal, let's take a look back to the mesmerising journey from where it began.

He scored his first goal of Champions Trophy on November 2, 2005, in the 34th minute of a group stage match against Panathinaikos at the Camp Nou.

In that match, Barca was already leading 2-0 and Messi did the addition when he flicked the ball over goalkeeper Galinovic scoring his first goal of UEFA champions league.

Messi yesterday's goal was more than magical, Watch the highlights:

The greatest player of all time. pic.twitter.com/sF3pfIijyO