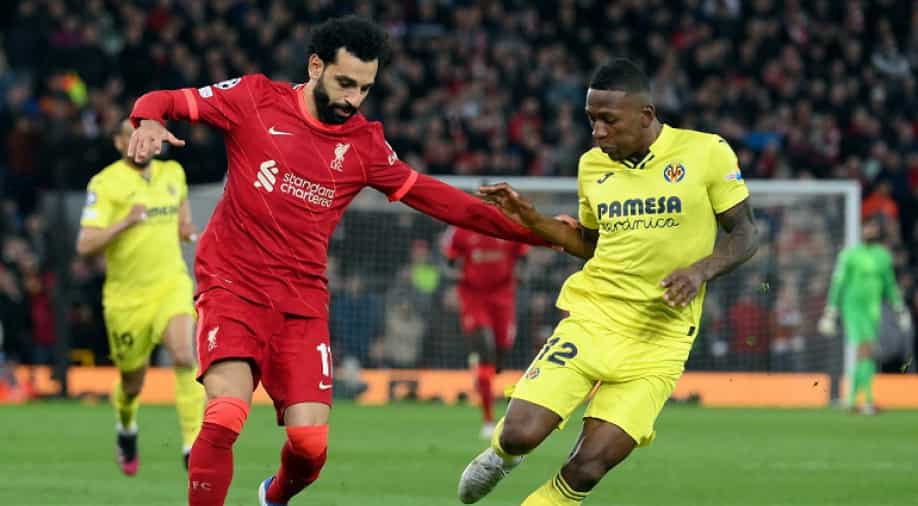 Liverpool will be looking to secure a spot in the UCL final with a win over Villarreal. Photograph:( AFP )

Villarreal have been the dark horse in the Champions League this season. After knocking out Juventus and Bayern Munich, the Spanish giants are set to take on Liverpool in the semi-finals.

Villarreal aim to rekindle the spirit that saw off Juventus and Bayern Munich when they bid to overturn a 2-0 deficit in their Champions League semi-final second leg against Liverpool on Tuesday.

A 2-1 La Liga loss to lowly Alaves was not ideal preparation and coach Unai Emery knows how hard it will be to beat Liverpool, who have only lost three matches this season in all competitions and none by more than two goals.

"We will need a perfect game to achieve what no other team in Europe accomplished against Liverpool this season," Emery told a news conference on Monday.

"Overturning a two-goal deficit is already complicated against any rivals and much more when your opponent is a team that is almost flawless. We benefit that away goals are not worth double anymore so it gives us more freedom to attack," he added.

"Homefield advantage there was key and I hope it work the same for us here. We need to be impeccable on defence, better than in Anfield. And we need to find our game, something that we have not achieved in the first leg."

After eliminating former champions Juventus in the last 16 and Bayern in the quarter-finals, the former Paris St Germain and Arsenal manager believes his team are capable of delivering another shock.

"I want my players and the fans to face the challenge with pride," Emery said.

"Football is about feelings, and we feel a great connection to our fan base, being from a small industrial town. I truly believe we have what it takes to present Liverpool something they didn’t experience this season so far."

"There is no ideal script to a game like this. We need one goal to get us back at the fight and that’s what we need to look for," Torres said.

"It doesn`t matter how it is achieved. We need a goal at any time and the tie will be open again. That’s our mantra."