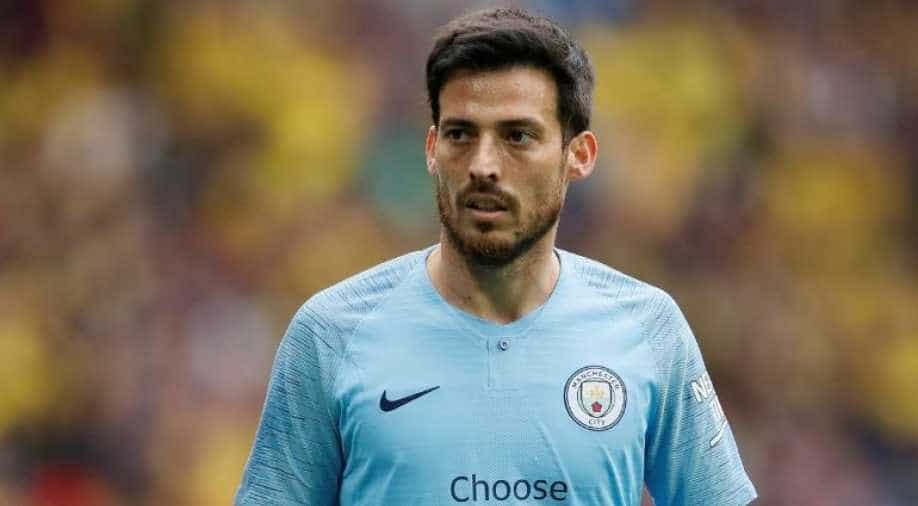 David Silva will not get the send-off he deserves in his final home appearance for Manchester City against Real Madrid at an empty Etihad but a fairytale ending could still be in store for the "Magician".

David Silva will not get the send-off he deserves in his final home appearance for Manchester City against Real Madrid at an empty Etihad but a fairytale ending could still be in store for the "Magician".

Silva has won 11 domestic trophies in his golden decade in Manchester and is widely regarded as one of the Premier League's finest imports.

But despite City's domestic supremacy they have yet to get their hands on the Champions League trophy.

The 34-year-old Spaniard was one of the first star names to join the Abu-Dhabi-backed revolution in Manchester.

Now he has a final shot at the one major trophy missing from his impressive collection, which includes winners' medals with Spain from the World Cup and two European championships.

City, who have never been crowned European champions, on Friday host 13-time winners Madrid, leading 2-1 after the first leg of their Champions League last-16 tie in February.

The winners will progress to the latter stages of the competition, scheduled to take place in Lisbon later this month.

Kevin De Bruyne, who has had the joy of playing alongside Silva for the past five years, says his teammate will leave a huge hole when he leaves the Etihad.

"He is going to be a big miss," said the Belgium midfielder. "It would be great if we could win the Champions League so it could end well for him."

De Bruyne believes Silva is one of the best players to have graced the Premier League.

"You can always debate who is (number) one but when you play with him you can appreciate what he does day-in, day-out," he said.

City boss Pep Guardiola coached Lionel Messi and Silva's long-time international teammates Andres Iniesta and Xavi at Barcelona but claims "in small spaces, in the pockets, I never saw a player like him (Silva)".

Finishing the job against Madrid would be particularly sweet for a player who rarely received the same fanfare as players such as Xavi, Iniesta and Sergio Ramos in his homeland for Spain's three international tournament triumphs between 2008 and 2012.

Silva is the fourth-highest goalscorer in Spain's history and sixth for all-time appearances, but his decision to join City rather than make the move to Madrid or Barcelona when leaving Valencia a decade ago made him easier to overlook for many in Spain.

"If he had gone to Barcelona everyone would be saying he is one of the best players in the world," said Roberto Mancini, City manager when Silva arrived in Manchester.

Silva's selfless style and quiet demeanour have also contributed to a lack of individual awards but he has always been appreciated by his teammates.

“He’s someone who doesn’t talk much, but he leads by example," added Guardiola. "He is such a competitor."

Although City may now be more reliant on De Bruyne's brilliance than Silva's skill, the Spaniard's experience of winning some of the game's biggest prizes could be crucial against a side boasting a host of four-time Champions League winners.

Since football's restart in June, City have won all eight games in which they have scored the first goal by a combined score of 33-1, including a 4-0 rout of Liverpool, but have lost all three when they conceded first.

Two away goals in Madrid mean there is no onus on City to open themselves up and expose a shaky defence, which cost them nine defeats and their Premier League crown.

It is not Guardiola's way to defend with men behind the ball, but they can protect themselves by keeping possession.

There are few better at that than Silva and City need one more masterclass before he draws the curtain on his time in Manchester.