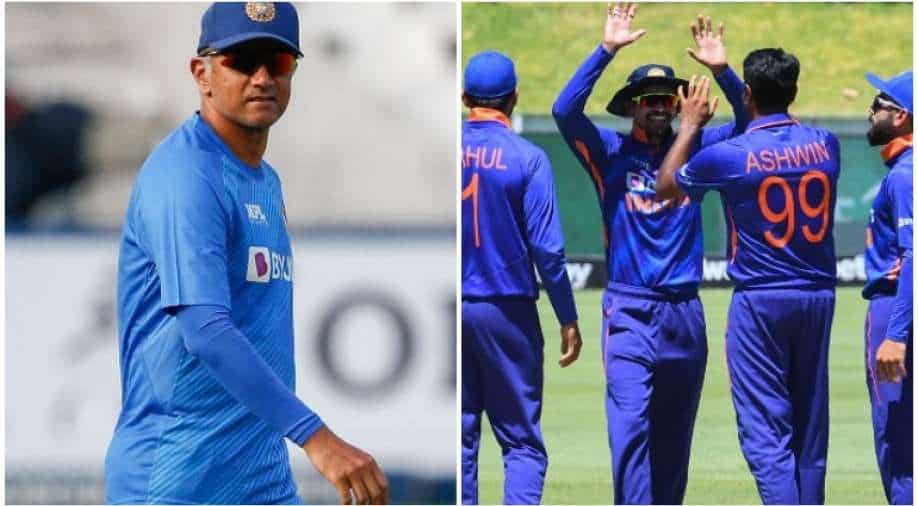 Dravid hints at change of template for India in white-ball cricket Photograph:( AFP )

Rahul Dravid opened up on Team India's listless performance in the three ODIs versus South Africa. The head coach has hinted at a change of template for the national side in white-ball cricket.

Team India were thrashed in the three-match ODI series versus Temba Bavuma-led South Africa, in the rainbow nation. While the three Tests were extremely competitive, which Virat Kohli's India lost 2-1, the KL Rahul-led Men in Blue were whitewashed in the preceding ODIs.

Rahul & Co. failed to chase down totals on two occasions whereas they also couldn't defend a competitive score in the second and penultimate ODI. With the series loss, India have now lost all their last bilateral ODI series in SENA countries (losing to England 2-1 in mid-2018, 2-1 to Australia in late 2020 and being whitewashed versus New Zealand and the Proteas). Thus, head coach Rahul Dravid opened up on the drubbing versus Bavuma & Co. and hinted at a change of template on cards for Rohit Sharma-led India in the white-ball formats.

ALSO READ | There is a rift in Indian team, Virat Kohli didn't quit Test captaincy because he wanted to: Shoaib Akhtar

Speaking in the post-match press conference Dravid opined, "We certainly could do better in the middle overs. We understand the template, and a large part of that template is dependent on the balance of your squad. Some of the guys who really help us balance out the squad and give us those all-round options at No. 6, 7 and 8 were not available for the selection. Hopefully, when they come back, it will give us a little more depth, which will allow us to play in a slightly different style."

"Having said that, even South Africa who batted first on two occasions scored 290 [296] and 280 [287]. If I think back to the 30th over [of the second innings] in both these games, we should have actually chased them down. We didn't because we played some poor shots and we didn't play smart cricket at critical situations," he further added.

For the unversed, the likes of limited-overs captain Rohit, all-rounders Ravindra Jadeja and Hardik Pandya weren't part of the ODIs versus South Africa. It will be interesting to see the kind of changes in playing style and team combination India goes ahead with in the upcoming white-ball assignments.

Rohit & Co. will now gear up for the limited-overs series versus West Indies at home. They will then host Sri Lanka in three T20Is before the action shifts to the IPL 2022 edition.