Mohammed Siraj should have been in the side early on in the tournament: Simon Doull 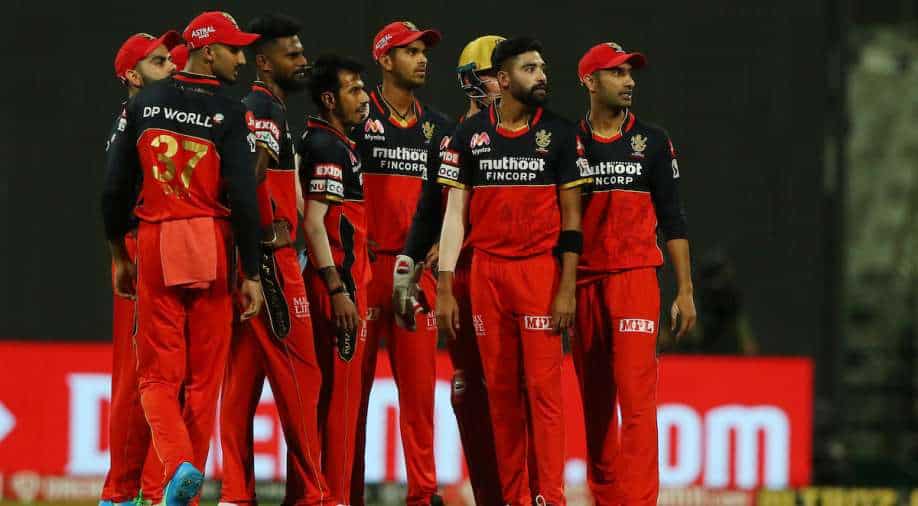 Mohammed Siraj should have been in the side early on in the tournament: Simon Doull (Photo: BCCI/IPL) Photograph:( Twitter )

Kolkata Knight Riders suffered a humiliating 8-wicket defeat against Royal Challengers Bangalore in Match 39 of the 2020 IPL, at Abu Dhabi.

Kolkata Knight Riders suffered a humiliating 8-wicket defeat against Royal Challengers Bangalore in Match 39 of the 2020 IPL, at Abu Dhabi. Batting first, Kolkata were reduced to 40/6 in the 13th over. They then recovered to 84/8, the lowest score in IPL history by a side without getting bowled out. The wreckers-in-chief were Mohammed Siraj (4-2-8-3), Yuzvendra Chahal (4-0-15-2), and Washington Sundar (4-1-14-1). Bangalore then took their time, reaching the target in the 14th over.

In My11 Circle Cricbuzz Live, Mpumelelo ‘Pommie’ Mbangwa was all in praise of Siraj: “Siraj, into the side [sic], bowl upfront [sic], get it to move [sic], bowl the length that gets it to move[sic], where many a time you’d bowl back of that length, because you don’t want to disappear when you are hit, you are thinking in a defensive fashion rather than in an attacking fashion.”

Simon Doull chipped in: “Those numbers were just phenomenal tonight. He was superb. Sometimes on a surface that offers you only a little bit … He just found that length that kissed through nicely, hit the top of off-stump … Perfect length, he bowls with genuine good pace too … He should have been in the side early on in the tournament, just to give him the confidence.”

Siraj becomes the first bowler to bowl two maiden overs in the same IPL match. He had figures of 2-2-0-3 at one point.

ALSO READ: This wasn't a season we expected, but keep supporting CSK: Bravo

Speaking of Kolkata’s performance, Doull said: “The little worry for Kolkata is just how they have been fortunate to win games – and fortunate courtesy of a couple of collapses from other teams – they haven’t really found their batting strength … We haven’t seen them consistently put those 180s, 190s on the board and bat really well … Although they are reasonably well-placed on the table … they haven’t batted particularly well in the tournament as a whole.”

“The troubles are not in one area,” said Mbangwa, explaining Kolkata’s performance. “Whether you’re looking at the top of the batting … They don’t know which way they want to the middle order … Their bowling has not really gone that well … It’s just a whole big struggle … There’s a clutter of the minds within the KKR camp. There is searching for what will work, how it’s supposed to work, and so on and so forth.”

The win took RCB to second place, level with DC on points but behind on net run rate. Kolkata are fourth.