McIlroy energized and confident in PGA return to Kiawah 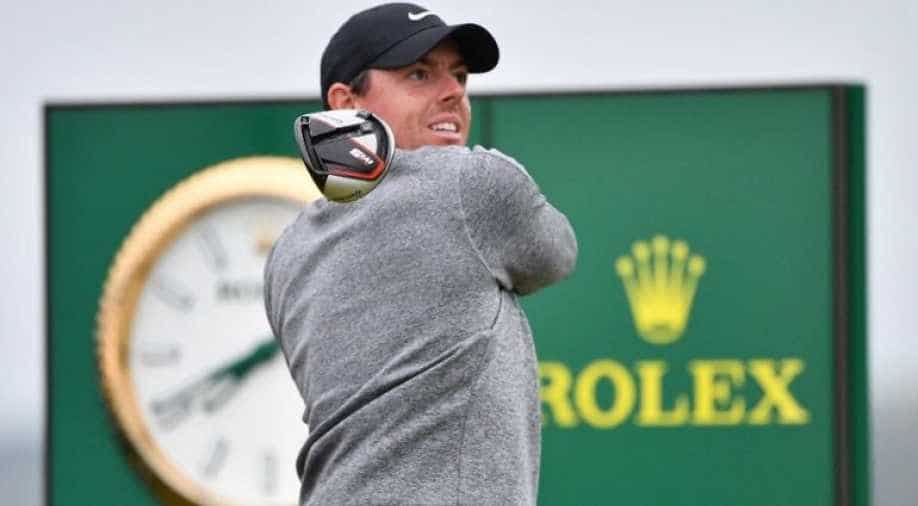 McIlroy watched a Champions League football semi-final played in an empty stadium and felt sorry for the players, knowing the empty feeling after nearly a year of shotmaking on silent courses.

Rory McIlroy has been energized by the return of golf spectators after Covid-19 protocols eased, snapping an 18-month win drought and seizing a favoured role at the PGA Championship.

The four-time major winner from Northern Ireland won the PGA by a record eight strokes at Kiawah Island in 2012 and returns to the coastal resort confident and happy. He's even glad to hear people yell annoying comments after tee shots again.

"Love the 'mashed potatoes' guys again," McIlroy said Tuesday. "I don't even care about the stupid comments. I'm just glad that everyone is back here."

McIlroy watched a Champions League football semi-final played in an empty stadium and felt sorry for the players, knowing the empty feeling after nearly a year of shotmaking on silent courses.

"It's funny, ever since I was 16 years old I've had thousands of people watch me play golf pretty much every time I teed it up," McIlroy said.

"Playing in that environment for 14, 15 years and then sort of going the complete opposite, it's just different. It was like playing practice rounds. It was easy to lose concentration."

About 10,000 people a day will watch the world's top golfers challenge the brutal layout and blustery winds of Kiawah Island. It's about one-third of the number who saw McIlroy win in 2012 but it's plenty to get excited about.

"You want to play in front of people. You want to feel that atmosphere," he said. "I'm glad that we're getting back to some sort of normalcy and when you hit good shots and hole putts there are claps and rewards and encouragement."

McIlroy looked around the 7,876-yard layout, the longest in major golf history, and remarked how much he had changed in nine years.

"It seems longer. It seems like there's been a lot of time that's passed, and I feel like I'm a different person and a different player," McIlroy said.

"I think a lot has changed for the better. I'm standing up here probably more confident in myself, happier with where I am in my life, and just sort of enjoying life, enjoying everything a bit more."

One thing he doesn't expect to enjoy again is a blowout victory.

"Just because I did that doesn't mean that I'm going to find it any easier this week than anyone else," McIlroy said. "It's a really tough test, especially when the wind is blowing like this. Those last few holes out there are brutal.

"It's going to be a great test. I've maybe got some better memories and better vibes here than most of the other guys do, and that's obviously nice, but not sure it's going to enable me to play any better."

Another key change is that the 2012 edition was played in August when the balls were more likely to stay up in deep rough near the greens.

"It's not going to be as easy around the greens as it was last time," McIlroy said. "If the wind keeps up like this again this week, that's what you're going to have do well is chip and putt well."

McIlroy has been trying to see bigger pictures instead of short-term goals and said that helped him win at Quail Hollow two weeks ago.

"It was great to get a win, but I'm thinking way beyond that," he said.

"When you think that way, something like that just happens to fall into your lap. It's almost like the less you try, the more things sort of go your way."