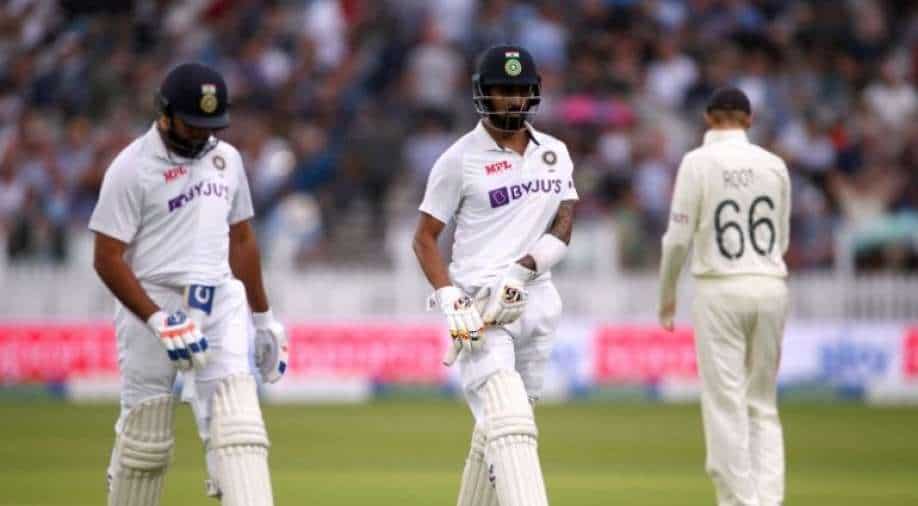 India in their second innings were at 181/6 when stumps were drawn on day four, leading by 154 runs.

India batting coach Vikram Rathour on Sunday said Rohit Sharma needs to be a "little more selective" with his shots after the opener fell to a pull shot for the second time in the Test series against England.

"There will be analysis, of course every-time they get out, we will be having a talk, what happened and what they were thinking while batting or while they played that shot," Rathour said at the virtual post-day press conference after the fourth day's play.

India in their second innings were at 181/6 when stumps were drawn on day four, leading by 154 runs.

According to Rathour, skipper Virat Kohli, who was dismissed on 20, was undone by a lapse in concentration.

"Kohli, I don't think there was any issue, it was just a lapse in concentration today, where his bat went to the ball, which he shouldn't have played and nothing more, I don't think anything old (is) coming back," the batting coach said.

Rathour said that the team needs to set a target close to the 200-run mark.

"You are right, this will be a typical fifth-day wicket of a Test match, where the ball will go up and down and is also turning, like we saw. So, again like I said earlier, if we can take the target near 200 runs, then it won't be easy for England," he said.

"Like (Ravindra) Jadeja bowled in the first innings, he was accurate, if he gets a turn from there, he can create problems for the batsmen, and our pace attack is bowling well.

"If the ball stays up and down, like we are seeing when the ball is hard, then, if we can add 30-40 runs more and take 1-2 early England wickets, then there will be pressure on them," he added.