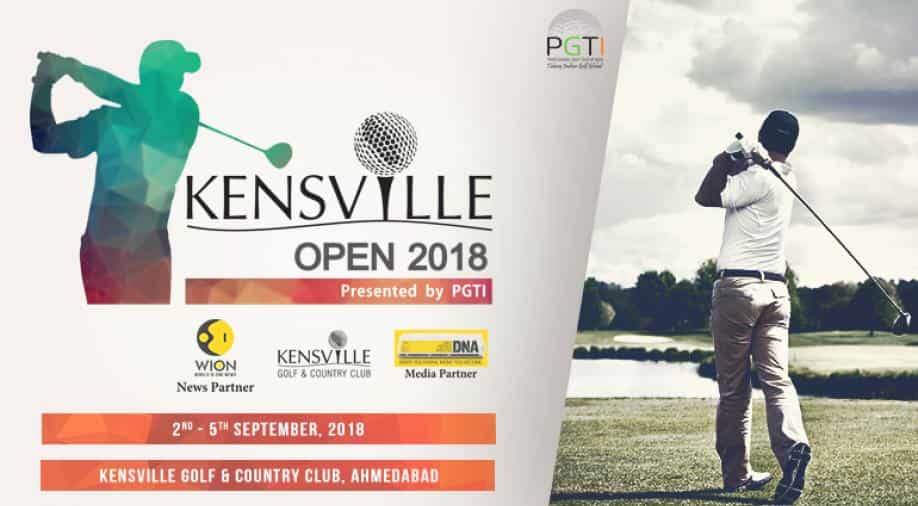 The tournament features some of the top Indian professionals. Photograph:( WION )

The tournament features some of the top Indian professionals such as Mukesh Kumar, Amardip Malik, M Dharma, Akshay Sharma, Aman Raj and Syed Saqib Ahmed, to name a few. The international challenge will be led by the Sri Lankan trio of Mithun Perera, Anura Rohana, and N Thangaraja and Australian Kunal Bhasin.

"We welcome all the players and PGTI officials for the second edition of the Kensville Open. Gujarat has emerged as a major golfing destination in the country over the last few years and we at Kensville seek to play a key role in further promoting the sport in the state through the staging of events such as the Kensville Open in partnership with the PGTI. We wish the players all the best and look forward to some top-class golfing action this week," said Sameer Sinha, MD, Kensville Golf & Country Club.

"We thank Kensville Golf & Country Club for partnering with us in staging the second edition of the Kensville Open. The positive trends continue on the PGTI as the last three events have seen new champions emerge. With the Kensville Open kicking off the final stretch of the season, the competition promises to get even more exciting as a number of young contenders will now be vying for top honours in the PGTI Order of Merit," said Uttam Singh Mundy, CEO, PGTI.

The Kensville Golf & Country Club is every golf aficionado’s dream come true. It is a place that gives you the best of not both, but all worlds. Situated in an idyllic location off Dev Dholera, 40km from Ahmedabad, Gujarat, it is surrounded by places of historical, cultural and environmental significance.

Kensville is home to one of India's leading championship venues which has hosted a prestigious international tournament such as the European Challenge Tour's Gujarat Kensville Challenge for three years running from 2011 to 2013.